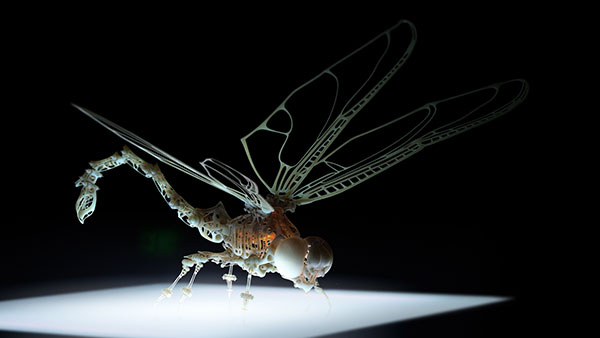 Conceived by studio principal and co-founder Denis Krylov, principal/strategist Krista Mollion and their colleagues, the Blazing Dragonfly Vodka project aims to highlight the 3D services from the studio, based in San Francisco, Moscow and Berlin.

“When it comes to telling our story to the world,” Mollion explained, “we are often limited by non-disclosure agreements that forbid us from sharing many of our most prestigious and impressive projects. So we decided to come up with a concept for a fake brand to show our capabilities in creative solutions. We wanted to make it short and entertaining, while trying to keep viewers’ attentions on our very elaborate 3D animation work.” 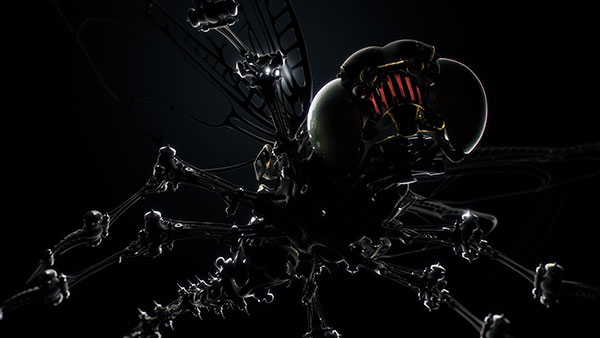 “The project started with the idea of creating a series of commercials highlighting innovative brands that can use digital technology to their advantage,” added Krylov . “We decided on the dragonfly concept because it is a very sophisticated 3D object that requires advanced technical skill to build, which makes it perfect for demonstrating the CG capabilities of Transparent House.”

Working across the international TH studio network, artists used Autodesk 3Ds Max to model and animate the dragonfly, beginning with a low-poly draft model and then adding more detail. FumeFX was used for fire simulation, and the animation was rendered using Chaos Group’s V-Ray. That output was composited together in Adobe After Effects, CG particles were generated with Trapcode Particular, and final colour was also handled in the TH studios using After Effects. 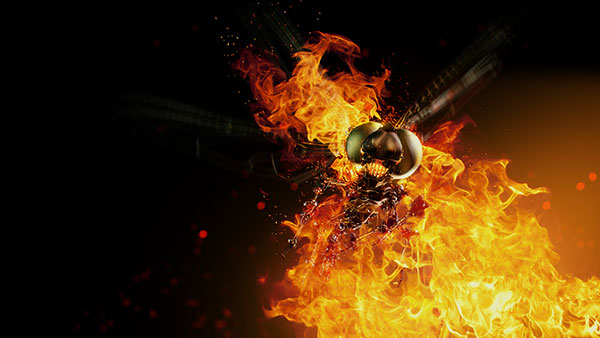 “As with any creative modeling project, the challenge was to create something impressive without using a lot of man and computer power,” Krylov added. “Two artists worked on it for about two weeks, where both did the modeling, rendering and all the visual effects. Much of their time was spent on modeling all the details in order to achieve and realistically present the dragonfly’s natural anatomy. The textures were also a challenge, of course, but this is one of the things we are known for: hyper-realism.” 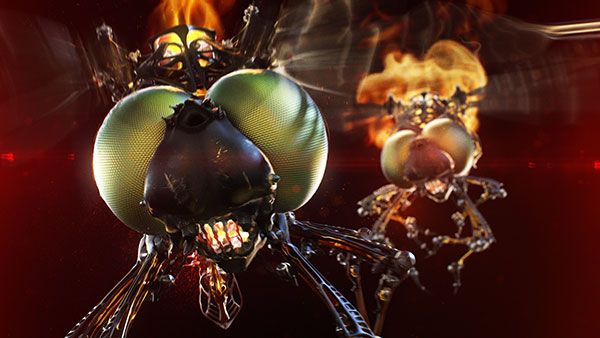 The finished “Blazing Dragonfly” project can now be seen below, on TH’s website and via its social media channels, along with a brief but detailed “Making Of” presentation. The project and its materials was also featured last month within 472 Gallery SF. 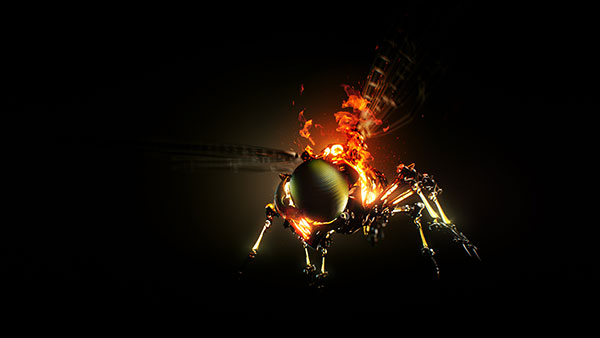