Ticktockrobot has been busy creating a series of animations to promote the exhibition of artworks by illustrator and printmaker Graham Carter, which opens this week in Brighton. 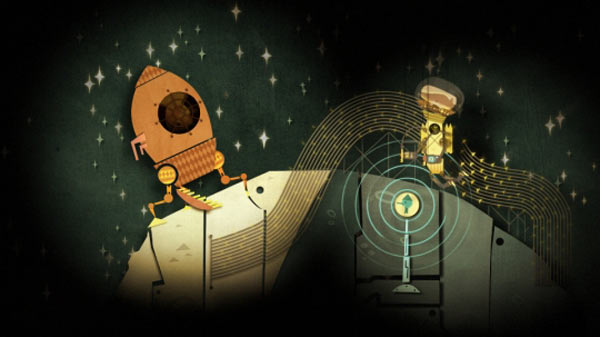 “The concept [of the viral animations] was that of three marionettes from distant lands all journeying to a secret location,” said Ticktockrobot creative director Simon Armstrong. “We wanted to create a staggered launch of three animations leading up to the show, with the three being ‘woven’ together as a feature-length reveal at the show.

For the exhibition, ‘Me, Marionette’, which opens on Friday 4th May, the artist is assuming the role of Geppetto, the creator of Pinocchio, creating a magical world of characters, from warriors to explorers, and astronauts to yetis.

The gallery will be transformed into a unique world with original artwork as well as exquisite new prints. Graham Carter’s intricate worlds of Samurai and Yetis will be brought to life through some of his most ambitious original 3D pieces to date.

The concept takes inspiration from the story of Pinocchio and the recent birth of first child of Graham Carter, formerly of art collective Peepshow.  In his work Carter has explored what he imagines his son’s future to be, the world and influences that surround him and the person he will become. 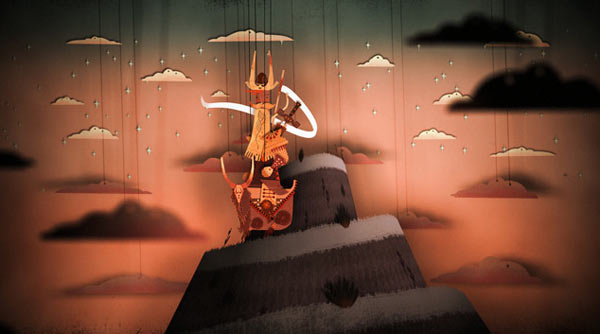 Carter explained: “I liked the idea that there might be alternative versions of Pinocchio out there and that each have a specific role in life and a destiny to fulfil. I’ve put myself in the role of Geppetto in creating these marionettes and tried to inject elements of my own personality and interests in their make-up.”

“I have had many opportunities over the last few years to see my work animated but it has never been the right project with the right person,” continued the artist. “It was important to me that I could work with an animator who could really see my vision and when I met with Simon Armstrong from Ticktockrobot it clicked, and the animation for Me, Marionette was born”

“Using Graham’s beautifully imaginative illustrations and working closely together on the creation of storyboards, we created a trio of nostalgic stories culminating in a final piece showcasing the journeys of spacemen, samurais and explorers,” said Armstrong.  “This involved taking the layered Photoshop imagery of Graham’s work and transforming them into After Effects 3D space,  [thus] bringing to life his idiosyncratic characters as they move through their other worldly landscapes to the show.  To complete the piece we enlisted the creative talents of composer Richard Spiller who created the fantastic ethereal music track.” 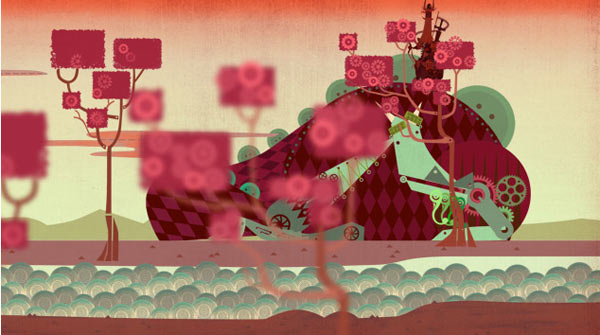 As the concept of the animations and indeed Carter’s show is puppetry, Ticktockrobot wanted to convey the idea of puppets putting on a show.  “That is the reason the layers have been given depth and stage lighting,” explained Armstrong. “We could have printed and cut out the images and actually filmed a stage show, but we wanted some more detailed animation that doesn’t appear to be controlled by strings, giving a feeling of life so they become more than just puppets.”

The beautiful and elegant animation will be available to view in its full length at Ink-d Gallery for the duration of the show. 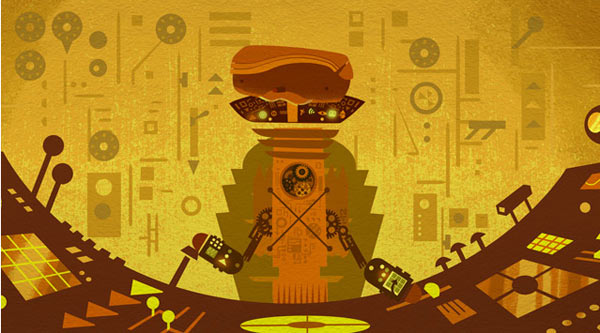 For more information on the Graham Carter exhibition, visit ink_d