“There were around four to five graphical transitions for each programme,” says Harris. “With each one having up to 3 different shots, meaning there could be up to 15 shots to track per programme. Once these were tracked, we had to lay in the text, and create the correct depth of field, using the camera within After Effects. The camera also had to be rotated, so it matched the movements of Kevin’s body and head.” 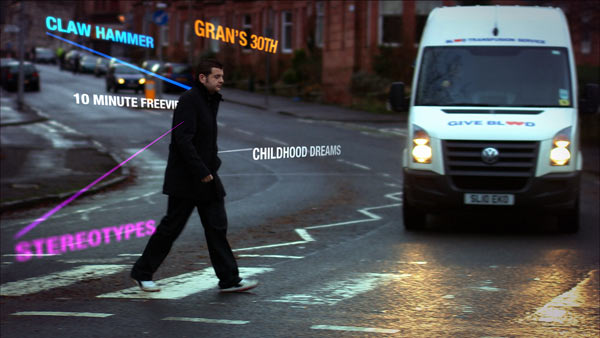 Harris continues: “The video footage then had to be cut out, masked and split into several layers, so that some of the text appears to move behind him, and also so that it would disappear if any objects or people moved in front of him. This all helps to create the illusion that the text is floating in the environment.”

Some of the shots were particularly difficult to track, because of their angle and also because of low lighting, meaning that the track points would sometimes disappear in places. The masking of the footage was another challenge, due to the amount of time and key framing involved.  “The only way to really sort out the tracking, while being a lengthy process, was to manually key frame certain sections, frame by frame,” explains Harris. “It was a case of using a combination of the naked idea and the computer tracking to achieve the best results.” 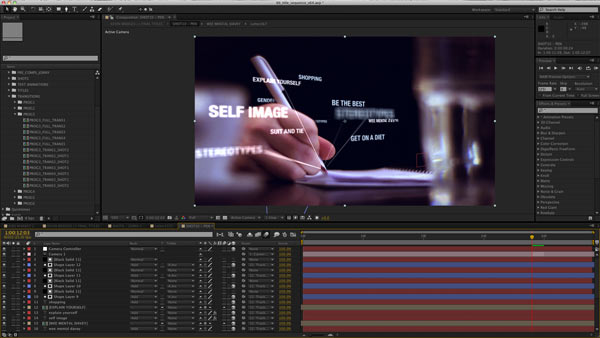 In a similar fashion, the masking of the footage was also performed manually. Another challenge was that in certain shots, Bridges walks past windows and reflective surfaces, meaning that PlayDead had to make sure that reflections and shadows were added where necessary. “ We used a variety of different blending modes and multiple pre-comps over pre-comps: cutting them up and shifting them around in 3D space, so that they looked natural and part of the environment, “ says McCrae. “When this is done correctly, you don’t notice they’re there. But if they were missing, our eyes would pick up on the fact that it’s not quite right!” 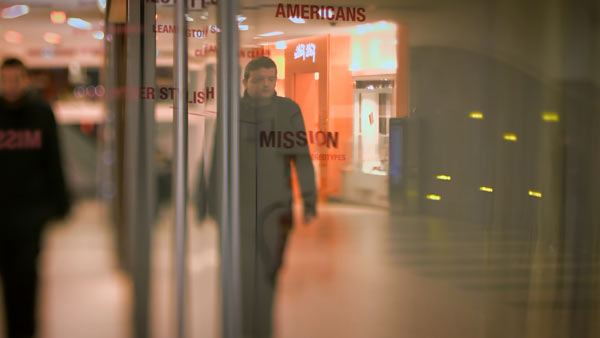 “Another challenge was that Kevin recorded his final voiceover close to the graphics delivery date and online edit, so we had to make sure that we could swap out some words relatively quickly and efficiently if needed,” says Harris. “We ensured that all the other elements of the After Effects compositions were in place and built, so all we had to do is change out small details.”

The reactions to the work by PlayDead have been positive. “The style and the way that the graphics work is quite different, so it’s definitely sparked a few conversations and discussions,” says Harris. “The fact that we did bespoke graphics for each programme, tying them into Kevin Bridges’ voiceover, has really caught peoples’ eye. We also discovered that it would be a nice little detail to make the name astons feel like they were a part of the environment and actually have the guests interact and knock the text in places – which has made people laugh. Usually name astons are overlaid in the online edit, so the fact we did them as a separate bespoke graphic really stood out.”

Adds McCrae: “What’s been most unusual for us is that people that we know outside of the broadcast industry have specifically commented on the graphics and how they liked them – even our local sandwich shop! Finally people understand what we do for a living!” 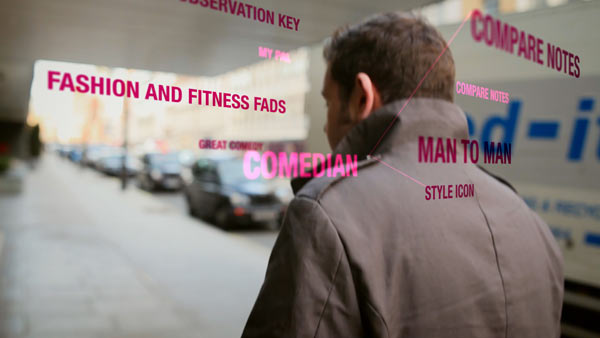