Amazing Spectacles has combined traditional hand drawn animation with After Effects and other digital post production techniques in an advert for Gocompare.com 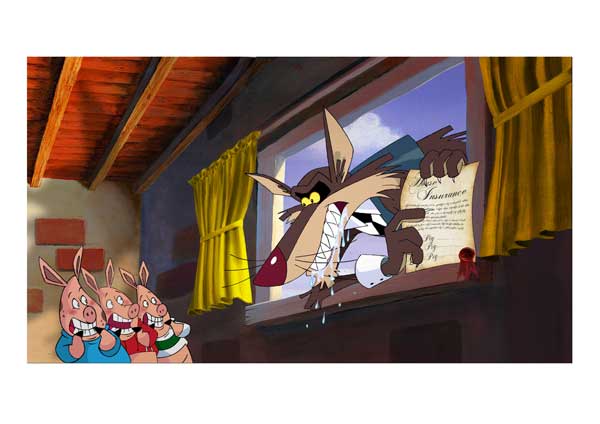 ‘Big Bad Wolf’ sees the Three Little Pigs given a gentle warning from the Wolf to get some insurance for their house before he huffs and puffs and blows it down. Luckily, opera sensation Gio Compario is on hand to remind the pigs that when they insure they must be sure to go to Gocompare.com. 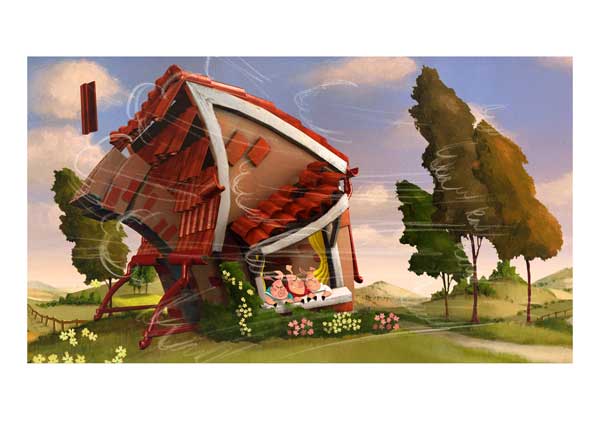 The live action and animation mix, combined with ultra-modern digital processes delivered a slick looking commercial in record time. Amazing Spectacles producer Jules Pye, who has considerable experience in this genre, brought in a specialist team of animators, many of whom she had worked with on traditional 2D jobs in the past.

“This is how many of us got started in the industry and to come back to these traditional methods, but add a modern twist is really exciting,” Pye commented. “It’s great to have light boxes and paper and pencils back in the studio!”

Discussing the decision to opt for 2D animation, director Richard Bazley, who started out on ‘Who Framed Roger Rabbit’ and counts Disney’s ‘Pocahontas’, ‘Tarzan’ and ‘Hercules’ among his many credits, said “2D has real character and a certain charm to it, and for this advert, with the characters that feature within it, it was the obvious route to choose.” He added “It’s a great moment when you place the characters you’ve been working on into the background and suddenly you see the world you’ve created.” 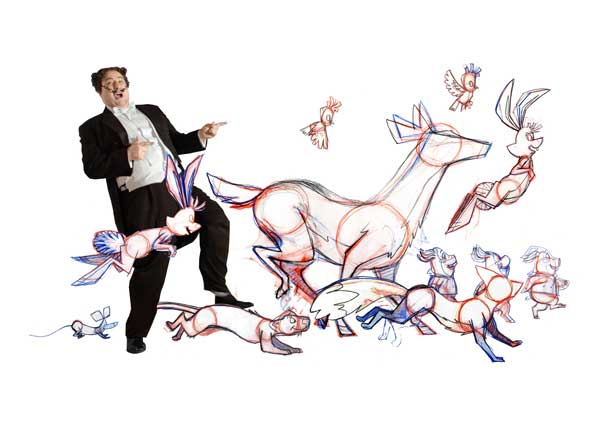 Having sent a specialist Animation Director and VFX Supervisor to ensure everything was captured correctly at the live action shoot, designer Andrew Painter was then tasked with developing the characters. Meanwhile, lead animator Eoin Clarke designed and hand painted the backgrounds using the same technique and material used in the 1930’s and 40’s to give an authentic period look.

Bazely and Clarke roughed out the key animation, which was then in-betweened and cleaned up by a team of assistants to produce a clean line required for digital artworking. 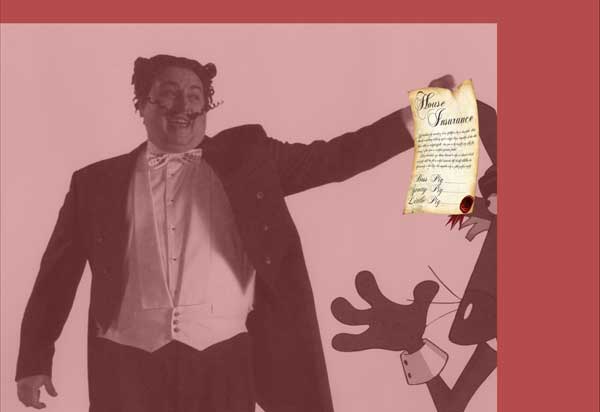 The cleaned up drawings were then scanned and digitally painted by Jason Guest. Some elements such as the three little pig’s house were CG creations by animator Martin Allan to match the look of the hand painted background. Once all the elements were completed they were composited together with the live action by Jason Guest using Adobe After Effects. 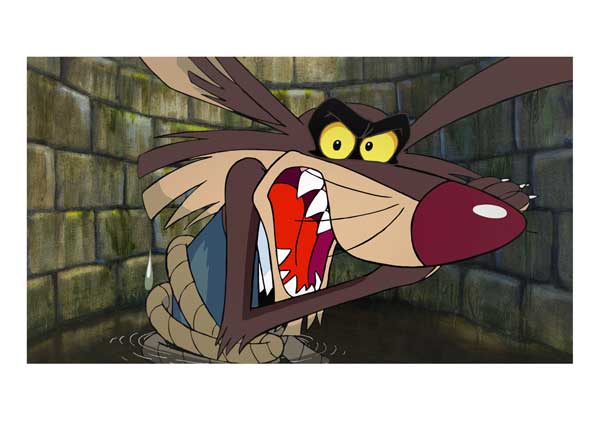 Talking about the advantages that modern post production tools bring to the traditional animation process, Richard said, “Although the animation is the same it enables us to do so many things more quickly like multi-planing to create depth. Some effects can be recreated digitally but there are certain effects, particularly the 1930’s style ones, which need to be hand drawn and scanned in. The key to the success of a project like this is to seamlessly combine the two.” 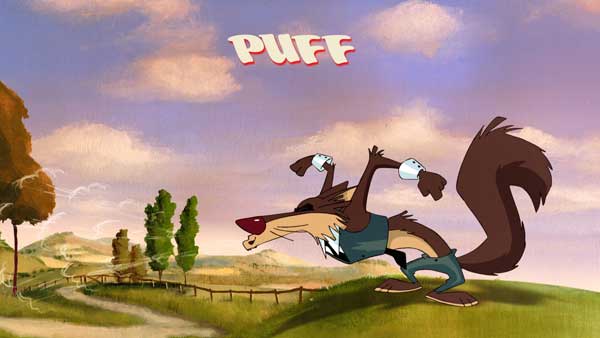 Jules Pye added, “Technology has sped everything up, to do a job like this in the old days would have taken around 16 weeks but, even with a fairly relaxed schedule, we still only require 9 – 10 weeks.”