The Visual Effects Society (VES) has announced the nominees for its 10th Annual VES Awards ceremony recognizing outstanding visual effects artistry in 23 categories of film, animation, television, commercials, special venues and video games. Nominees were chosen on Saturday, January 7 by distinguished panels of VES members who viewed submissions at the FotoKem screening facilities in Burbank and New York, FotoKem’s Spy in San Francisco, and other facilities in London, Sydney, Vancouver and Wellington, NZ.

“The standard of the creative work that is being considered this year is unbelievably high across all categories,” said Jeffrey A. Okun, Chair of the Visual Effects Society. “The judges faced a huge challenge because all of the work was so far above the norm. We’re honored to have the opportunity to focus the spotlight on the outstanding work that has contributed to some of the highest grossing films and broadcast projects of all time.”

As previously announced, Stan Lee will be honored with the VES 2012 Lifetime Achievement Award and Douglas Trumbull with the Georges Méliès Award.

The 10th Annual VES Awards will take place on Tuesday, February 7, 2012 at the Beverly Hilton Hotel and will air exclusively on ReelzChannel. 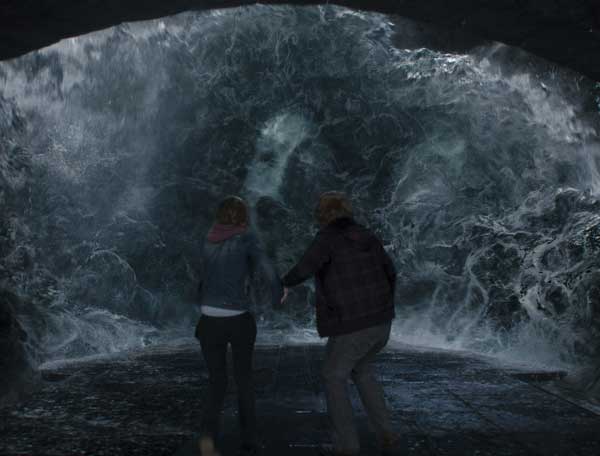 Framestore VFX from Harry Potter and The Deathly Hallows Part 2

The full list of nominees for the 10th Annual VES Awards are as follows: