Visual effects studio Brewster Parsons, advertising agency twofifteenmccann and Anonymous Content director Malcolm Venville have collaborated on spots to show how the Kinect for Xbox 360 has inspired people to experience the world in new ways. 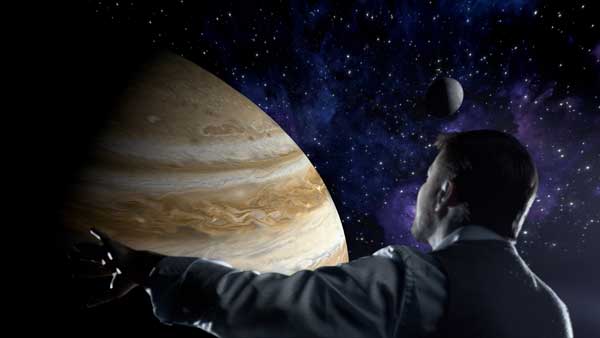 According to Darcy Parsons, executive producer for Brewster Parsons, the project’s creative vision kept growing to embrace the surprising number of applications that scientists, educators, tinkerers and others keep dreaming up.  “From our earliest discussions, the spot evolved into this inspirational film that presents amazing solutions people have discovered using the Kinect,” she said.  “The story was refined throughout the filming, editorial and post phases, and we all remained fluid and open to all the new ideas this unique project inspired.” 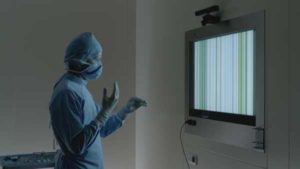 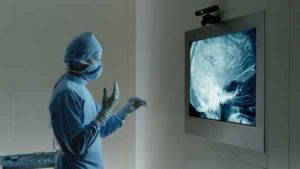 To capture live-action footage of actors in hospital, classroom, auditorium and other settings, Venville, producer Mark Hall, director of photography Richard Henkels and their crew traveled to the Czech Republic.  Also on the location team that worked through production services company Stillking Prague was Brewster Parsons VFX supervisor Simon Scott, who shared many insights into the project’s production and post-production workflow.

“We pride ourselves on the craft of commercial filmmaking, and being intimately involved with this project early on allowed us to really contribute in a meaningful way,” he began.  “By planning, previzing and attending the set we could suggest many ways in which to get the best out of each visual effects scene.  This allowed us to develop a shorthand and trust with the agency that helped move the project forward quickly and very efficiently.” 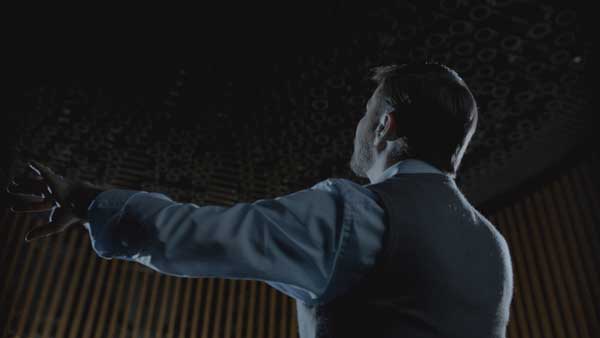 On location, the live-action footage was captured on an ARRI Alexa camera system.  For creation of the final picture, the main tool was Autodesk Flame, which served as the hub for conforming DPX files provided by New Hat and colourist Beau Leon in extended range… a trick that provided Simon Scott more latitude for colour correction within the compositing process.  “With the lifted blacks we had all the detail, and later this got crushed back to the right levels for broadcast,” Scott explained.  “Flare and After Effects were ultimately the main 2D support tools for retouching and matte extraction.” 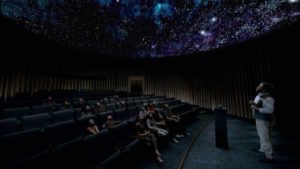 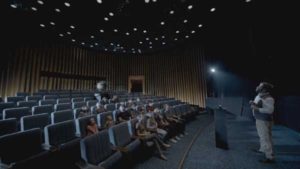 Together with the director, the DP, the producers and production designer Chris Jones, Scott helped to formulate shrewd production strategies to achieve the all desired storytelling objectives.  As one example, in the hospital setup, a tablet computer fed the monitor with arbitrary images, while off-camera, an assistant matched the doctor’s hand movements by scrolling the on-screen image manually.  “This created a rich interactive light on the doctor and TV frame, which helped the composite feel both beautiful and realistic,” Scott said.

To achieve a similar result in the physiotherapy scene, the live-action crew used a half-silvered mirror to capture practical reflections of both the boy and the background.  And in the classroom scene showing a young girl interacting with an on-screen image, a simple previz animation was used on the green screen set to allow the actress to match her actions to the final DNA composite. 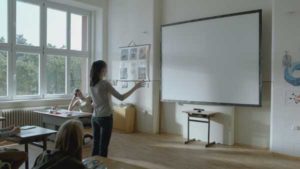 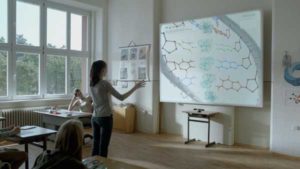 “In that scene, we were also very careful to build the set at the correct aspect ratio in order to preserve the natural light on the background,” continued Scott.  “We let light from the windows interact with the screen, which allowed us to lift the lighting off the screen and create a more authentic composite.”

Several animations play important roles in the spot, from the readout of the robot moving through space in the bomb disposal scene, to the boy interacting with the physiotherapy game and the teacher interacting with the solar system.  Brewster Parsons’ artists primarily used Photoshop, Illustrator, Cinema 4D, Flame, Flare, Maya, VRAY and After Effects.  “Most of what was seen in the final composites was [done in previz], so that Malcolm had a good idea of how to direct the action where the subject was interacting with the Kinect,” Scott added. 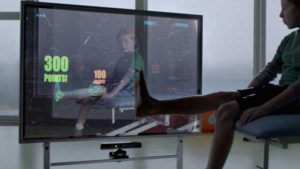 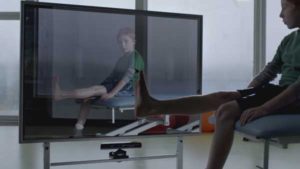