Digital Domain has created an all-CG spot, ‘Dust to Dust’, for Gears of War 3. The digital production studio in collaboration with twofifteenmccann, Epic Games, and director Adam Berg, put the 60- second spot together using an innovative virtual production technique. This gave Berg complete camera control to shoot the spot like live action and deliver a cinematic showpiece for the trilogy’s final chapter – a single time-lapsed take that traverses all three Gears of War (GOW) worlds. 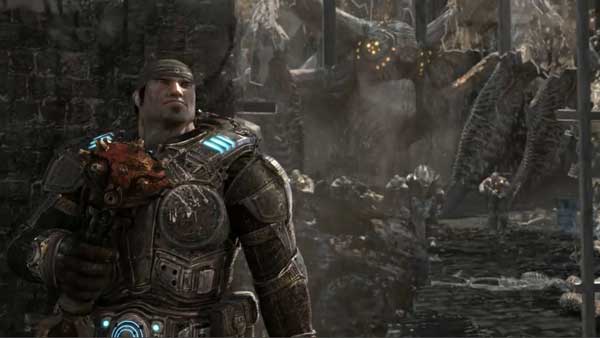 Gears of War 3, the latest instalment of the blockbuster franchise for the Microsoft Xbox 360, became available on September 20. Digital Domain has been a digital production partner to twofifteenmccann on all five commercials for the GOW franchise.

Working with the agency and Berg (via Smuggler Films), Digital Domain VFX Supervisor Vernon Wilbert (who directed the GOW3 trailer ‘Ashes to Ashes’) devised a production process for wrapping the storylines of all four previous trailers into a single time-lapse story and realizing Berg’s vision of a single-take feel from a hand-held camera. The result is a seamless first person experience of being alongside protagonist Marcus Fenix in GOW1 as the Locusts emerge, battling the Horde in GOW2’s Jacinto City when the flood surges in, and facing up to a horrifying new enemy in the opening of GOW3. 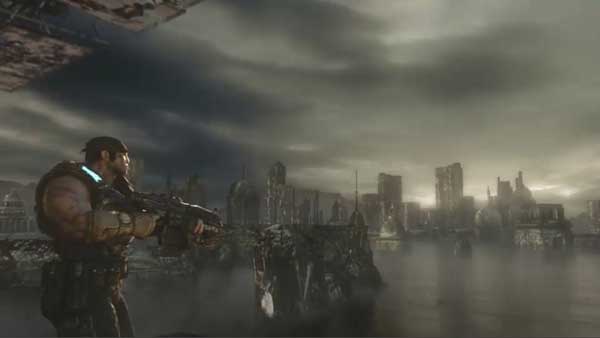 To begin the production process, Digital Domain first tapped Epic Games’ 3D library for assets from all three games, then re-rendered them to create preliminary pre-vis. Then, working in Digital Domain’s new virtual production studio in Marina del Rey, Wilbert and his team provided Berg with the pre-vis and a virtual camera so he was able to go onto the stage and direct the movement of CG sets and motion-capture actors in real-time. As Berg moved his camera around, a pre-vis artist repositioned set pieces and built the set in real time, according to what Berg wanted to shoot.

As Wilbert explained: “Adam was trying to get an angle shooting down the escalators, for example, and we were able to rotate them until he was comfortable where it should be. When Fenix jumped down the escalator into the Badlands, Adam was able to tell us where he wanted the helicopter placed -10 feet away, or 30 feet away – and we’d put it there – all in a matter of seconds.” 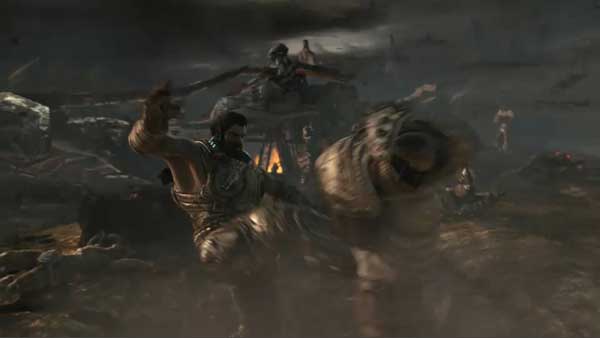 “Doing CG and traditional pre-vis usually means being two steps removed from the action,” said Tom Wright, Director of Integrated Production at twofifteenmccann. “You’re standing at a workstation asking someone, ‘Can we move that there?’ Can we try this with the camera?’”

“What Digital Domain set up was entirely different,” continued Wright. Adam was able to get on set and see the framing for every shot, and more importantly, to manipulate it in real time, like shooting live action. It allowed the process to be about filmmaking, and not just moving things around in the computer.”

Unlike live action, the flexible virtual production process enabled Berg to shoot from any perspective he could imagine, without the need for cranes, jibs or dollies, instantly. And unlike traditional pre-vis where only one or two set changes can be accommodated in the typical two-week period, Digital Domain was able to make 12 changes to the set and more in the camera in just one day of on-set virtual production with Berg driving. 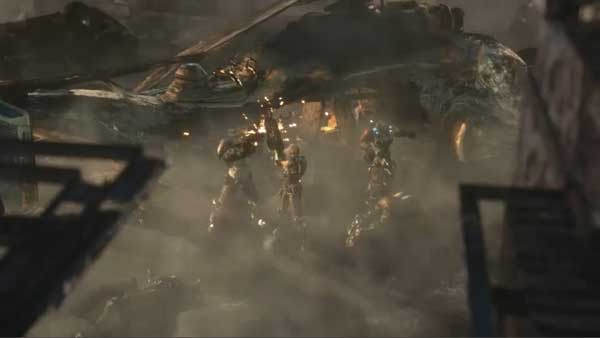 On the creative front, Vernon and his team also applied their artistry to the complex challenges of time-lapse. “Typically when you use time-lapse the camera is still or fluid. What we’ve done is a hybrid – you see the staccato nature of the action, and we added trees and buildings that disappear over time, and had things shrink, decay and darken,” said Wilbert. Digital Domain also created the sophisticated fluid effects in the Jacinto City flood segment.

“Virtual production emerged in the feature film world because it gives directors more options, more flexibility, and ultimately more choices for creating exactly what they have in mind,” said Ed Ulbrich, EVP of Digital Domain and President of Mothership. “Extending these capabilities to games and advertising is a logical evolution and the techniques are ideally suited to the project timelines and budgets of commercial production.” 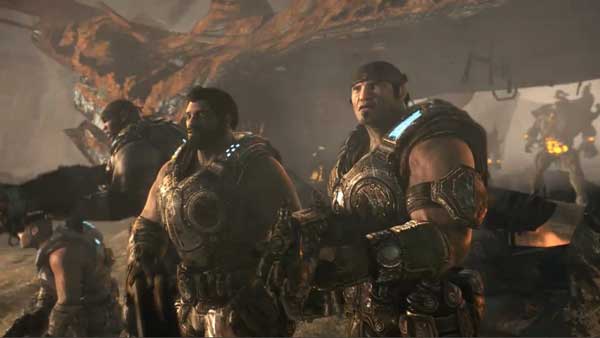 See more by Digital Domain and Mothership on Fired By Design