Adobe has launched Flash Player 11 and Adobe AIR 3 to deliver content across devices and platforms including Android, Apple iOS (via AIR), BlackBerry Tablet OS, Mac OS, Windows, connected TVs and other platforms. It offers to deliver console-quality 2D and 3D games over the Internet, as well as cinema-quality HD video and surround sound for connected TVs. 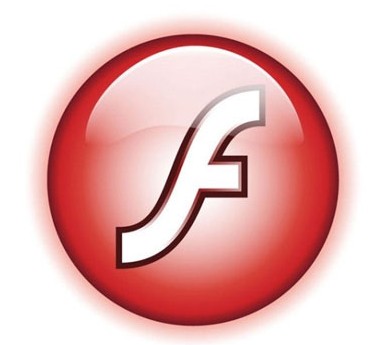 Referred to by Adobe as ‘the game console for the Web’, Flash Player 11 and AIR 3 allow game publishers to instantly deliver console-quality 2D and 3D games over the Internet to nearly all PCs and many other devices. Media companies can take advantage of new features to seamlessly deliver protected feature-length, cinema-quality HD video through the Web, in mobile apps, and with surround sound for connected TVs.

Flash Player 11 and AIR 3 will be publicly available in early October. Native extensions add support for unique device features and native code libraries, empowering developers to freely choose the right mix of Flash, HTML5 and native code to provide a powerful user experience across PCs and devices. Flash Builder and Flex, Adobe’s open source framework for building mobile, web and desktop apps, will offer support for the new features in an upcoming release before the end of the year.

“Flash continues to blaze a trail in what the world should expect from high-impact web and mobile application experiences,” said Danny Winokur, vice president and general manager, Platform at Adobe. “Flash offers the best way for content owners to deliver their most demanding experiences, including games, premium video and sophisticated data-driven apps, to all of their users, while HTML 5 tools such as Adobe Edge and Dreamweaver are ideal to build interactive web pages, rich ads, branded microsites and general-purpose mobile applications.”

Among the new features offered by Flash Player 11 and AIR 3 are:

• 2D/3D Support: Full hardware-accelerated rendering for 2D and 3D graphics enable 1000 times faster rendering performance over Flash Player 10 and AIR 2. Developers are able to animate millions of objects with smooth 60 frames-per-second rendering and deliver console-quality games on Mac OS, Windows and connected televisions. A pre-release brings these same accelerated 2D and 3D capabilities to mobile platforms including Android, Apple iOS and BlackBerry Tablet OS. A production release for mobile platforms is expected in the near future.

• Native Extensions: With support for thousands of highly-optimised, open-source libraries, developers are able to tap into unique software and hardware capabilities including access to data and files on the device, vibration control, magnetometers, light sensors, dual screens and more. Support for native extensions also allows developers to more deeply integrate business software into applications and access hardware APIs like Near Field Communications.

• Captive Runtime: Developers can automatically package AIR 3 with their application to simplify the installation process on Android, Windows and Mac OS in addition to Apple iOS operating systems. Users no longer have to download and update the runtime separately. In addition, developers can manage version updates to their application independent of general AIR runtime updates by Adobe.

• Rental and Subscriptions Support: With support for Adobe Flash Access and Adobe Pass, content publishers can take advantage of rental and subscription options for more flexible business models and offer TV Everywhere content to over 80 percent of pay TV subscribers in the US.

“The opportunities for casual gaming on desktops, tablets, and other mobile devices are endless and without Flash we wouldn’t have been able to create such beautiful, rich and interactive animations,” said Jakub Dvorsky, game designer and director at Amanita Design. “It’s absolutely crucial for us to reach the widest possible audience without having to start the development work from scratch for each platform. With Flash, we were able to revamp Machinarium in a matter of weeks and bring it from the web to the iPad as an app in less than two months with other platforms like Android and BlackBerry following soon.”

Read more about Adobe on Fired By Design