Mill TV and Film wins at BAFTA for Merlin

Mill TV and Film has won a BAFTA Craft Award in the Visual Effects category for work on ‘Merlin Series 3, Ep 2: The Tears of Uther Pendragon part 2 for the BBC. 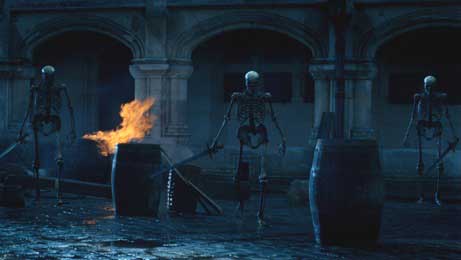 The British Academy Television Craft Awards celebrates the many achievements of the individuals who work behind the camera from directors, writers, editors, special effects artists and make up designers to the online talents developing interactive projects.

“The team here are all obviously elated to win for their work on Merlin,” said Will Cohen, Group Director of TV and Film “This is our second BAFTA for Visual Effects and our fourth nomination in as many years. The standard of work in our category gets higher every year so it is a real honour for us to be recognised by BAFTA. We would like to congratulate everyone involved in the making of ‘Merlin Series 3, Ep 2: The Tears of Uther Pendragon part 2”

The ceremony took place on Sunday 8 May at The Brewery in the City of London.

See more by The Mill on Fired By Design