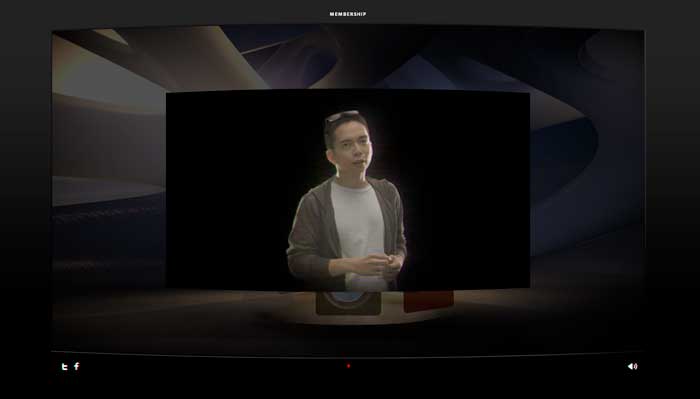 John Maeda is a world-renowned artist, graphic designer, computer scientist and educator whose career reflects his philosophy of humanizing technology. For more than a decade, he has worked to integrate technology, education and the arts into a 21st-century synthesis of creativity and innovation. A recipient of the National Design Award and represented in the permanent collection of the Museum of Modern Art, Maeda became president of the Rhode Island School of Design (RISD) in June 2008.

The exhibition is a digital representation of Maeda leading an interactive lecture on how artists are connecting the worlds of digital creativity and analogue (or handcrafted) creativity.

“Computers let us imagine digitally what we once could only validate by handcraft in physical form – the infinite malleability and reusability of bits have forever changed the creative process,” said Maeda. “But just as it took Icarus to first imagine human flight by carefully observing how birds can fly, digital tools have relied on many of the original tools and media used by artists in the pre-digital world.”

Maeda sees the thread that runs between the tools of physical art making – such as pens, brushes and pigment – and the way new media has co-opted many of the same tools to manipulate bits in digital art. Through the exhibition, he examines the history of linking analogue and digital creativity within his own work and the works of others.

The exhibition takes the form of an interactive lecture, with a digital representation of Maeda speaking on a simple stage resembling his office at RISD. Dynamic infographics, video content and audio remarks illustrate Maeda’s talk. Scenes from RISD art studios, including wood, glass, metal, and paper workshops, demonstrate the richness of expression Maeda feels must be captured in digital art’s next chapter.

Visit the Adobe Museum of Digital Media at www.adobemuseum.com 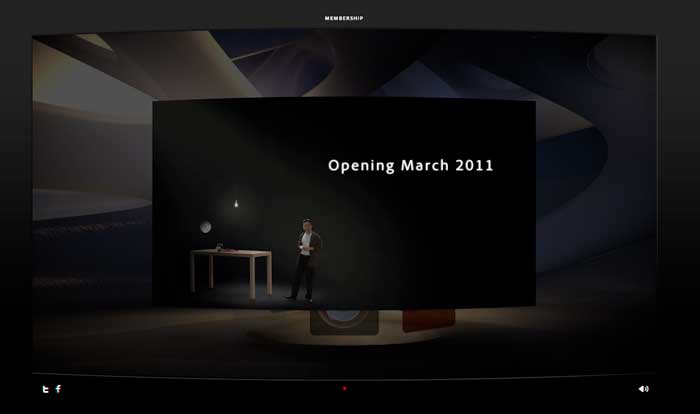 The exhibition takes the form of an interactive lecture, with a digital representation of Maeda speaking on a simple stage resembling his office at RISD