You may well have caught it – Super Bowl XLV was the most-watched television programme of all time in the US, attracting 111 million viewers. If not, scroll to the end for a link to Seige. 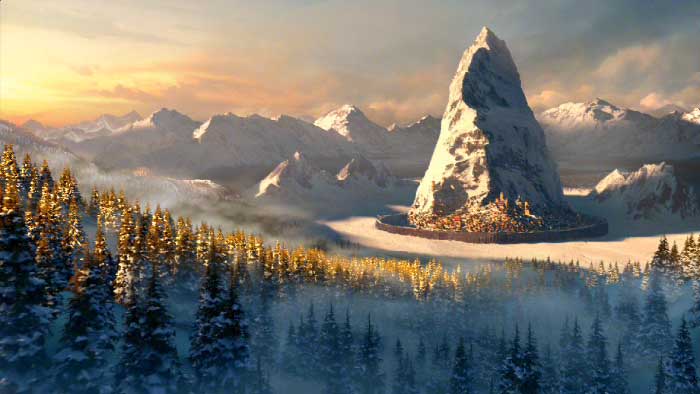 Set in an icy fantasy world, it’s a cinematic story of the clash of two cultures. The spot sees an army of fearsome fire warriors poised to descend upon a peaceful community of ice-dwelling creatures.  Accompanying the warriors is a huge fire-breathing dragon, which leaves a burning path of destruction in its wake and little doubt as to the outcome for the defenceless villagers.

Outstanding landscapes, beautiful compositions and well-choreographed action scenes build towards a striking yet unexpected denouement. A sculpted ice- dragon is left at the castle gates to face the fiery dragon. With one blazing breath from the dragon, the ice sculpture melts to reveal a bottle of Coca Cola, which is consumed quickly by the angry creature.  Leading the charge, the warrior General gestures for the dragon to attack the battlements of the castle but instead of emitting a giant fireball, the dragon expels an explosion of harmless fireworks into the air.  Confused and defenceless, the army beats a hasty retreat leaving the villagers to celebrate their victory with Coca Cola. 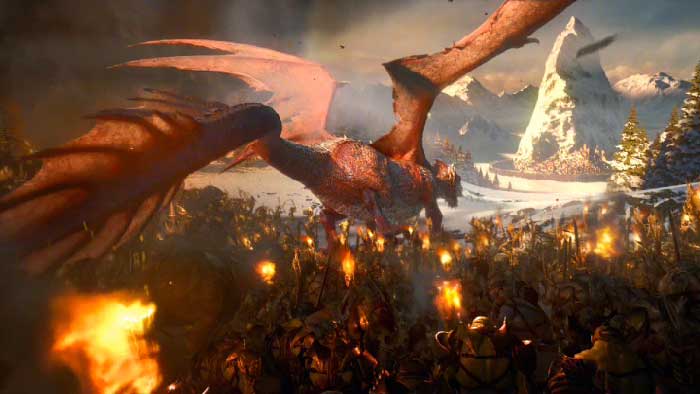 With an extremely fast turnaround to create a 60 second full CG spot, FX & Mat began by developing all character and environment designs with a team of concept artists. 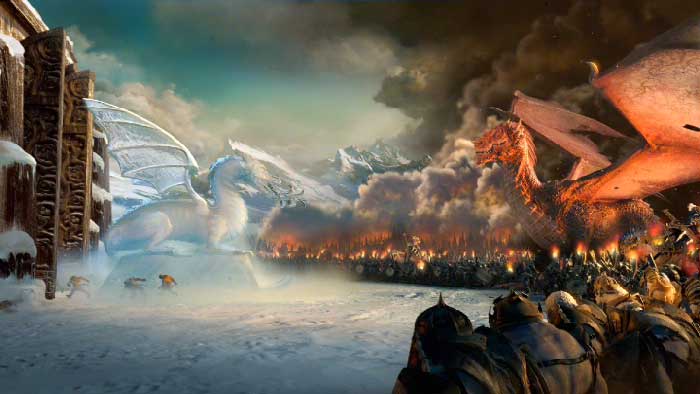 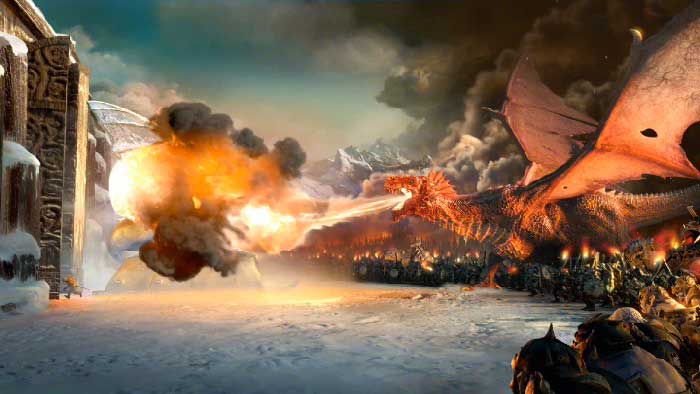 Nexus then began collaborating with the team at Framestore, reaching a crew of sixty artists at one point, all taken from their core commercials crew, film VFX team, Icelandic office and freelancers. The artists worked to produce the project’s vast quantity of data which spanned just about every form of vfx: furry creatures, fleshy beings, metal armour, vast crowds, fire, smoke, fireworks and entirely CG environments.

“This production was one of Framestore’s most ambitious commercials,” said VFX supervisor, Diarmid Harrison-Murray. “Not only because of the sheer volume of work needed to create the world and action in the film, but also achieving the final visual style.” 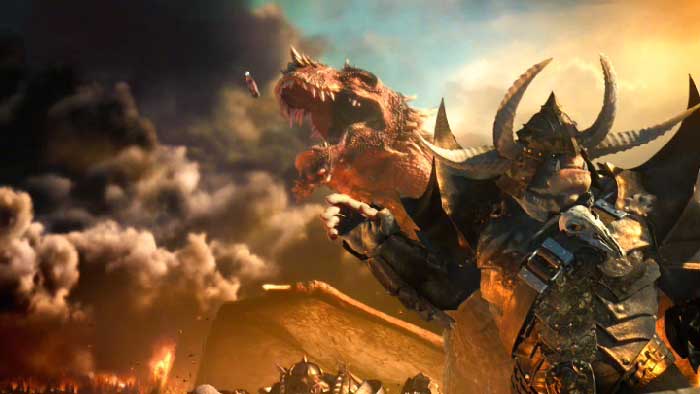 “ Fx & Mat really wanted to achieve the rich detailed painterly feel of this kind of concept or fantasy art, and were keen to avoid creating something that felt too CG,” continued Harrison-Murray. “This difficult look, combined with a demanding VFX breakdown that included large amounts of character animation, furry characters, a range of complex effects, crowd simulations, environments and a three-month schedule, meant the commercials team had its work cut out.” 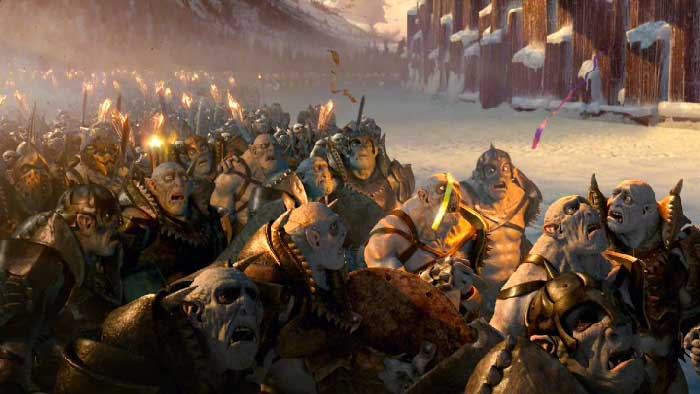 Fx & Mat said of the spot:  “We really wanted to make an epic film in the tradition of the amazing concept designs of the fantasy art world. We applied a painterly look to this CG film, making sure the final matte paintings retained the energy of the initial speed paintings, keeping them rough at some points. We also treated the characters and the dragon with a slight softness in their texture, in order to blend them well with the backgrounds.” 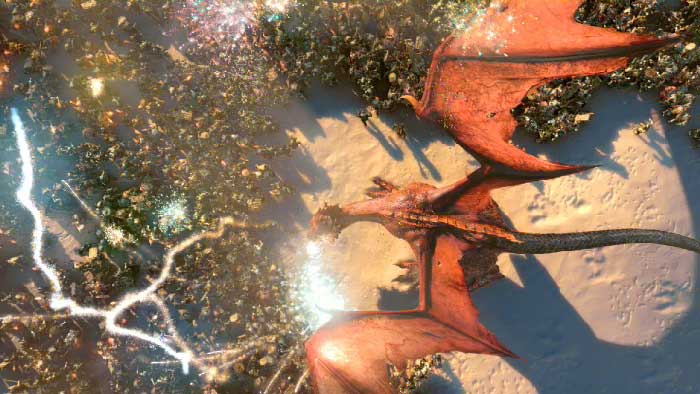 The directors continued: “Despite the time restraints, this was a great project to direct, largely thanks to the amazing team that we’ve been working with. After all, how often does one get the opportunity to make a film that encompasses an epic battle, an extraordinary setting, a terrible dragon, unique furry creatures and an evil army of badasses? It was the dream project for the kid inside us, and we know the whole team felt the same way!” 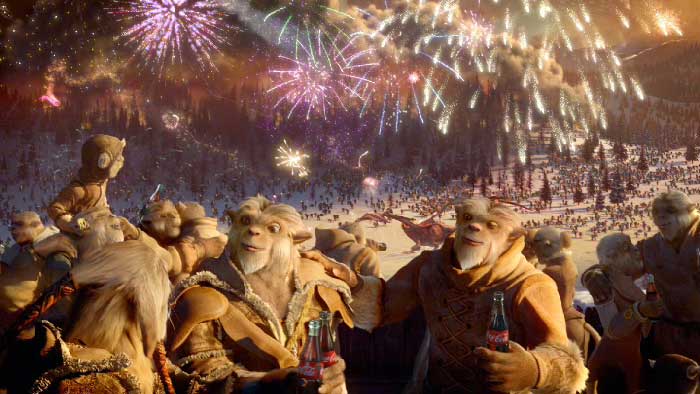