Nexus had a crew of around 25-35 people working on the spot for Honda Jazz for around 11 weeks. In an exclusive interview for Fired By Design, Nexus and Smith & Foulkes share the techniques that were used to create this beautifully animated journey.

Fired By Design: What software and technology did you use to make ‘This Unpredictable Life’?

Nexus / Smith & Foulkes: We work primarily using 3DS Max. However as this project required a vast amount of particle and simulation work, we needed to expand our particle capabilities, so after some research we settled on Max’s Particle flow system along with FumeFX to create our simulations and then Thinkbox software’s Krakotoa as our renderer. All the compositing was done by our friends at Time Based Arts using Flame. 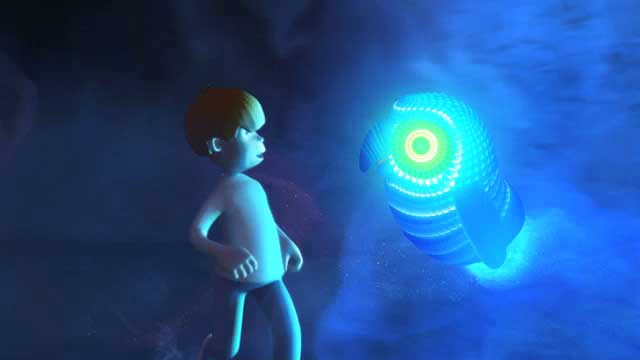 Fired By Design: What special techniques did you use to create the clouds?

Nexus / Smith & Foulkes: The Clouds were our biggest worry from the outset; they’re very hard to create and even harder to light and render. We tried a lot of different routes early on, knowing that sometimes the best looking solution isn’t always the most practical, however we were all keen not to cut too many corners – this project had to look and feel epic. After trying a number of routes we decided to layout our clouds using polygons, allowing the directors to sign off the shape and position of the clouds. We then converted these meshes into particles, eating into the shapes using procedural noise textures and then lit and rendered them using Krakatoa’s voxel rendering system. 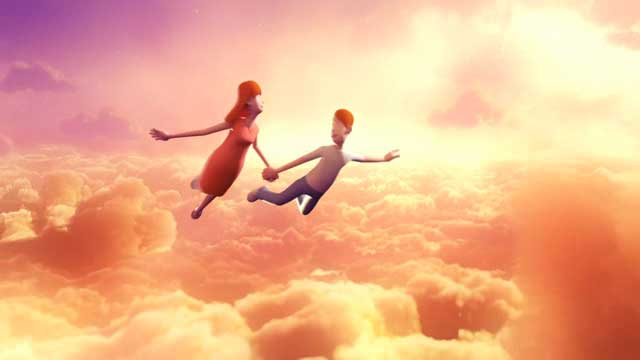 Fired By Design: How did you create the flock of babies?

Nexus / Smith & Foulkes: Again this was flagged early on in the project as a specific effect that we wanted to research. We tried various particle systems and scripts but in the back of our minds we knew that we’d want to direct the performance of the babies in detail, something that automated systems don’t allow for. So we settled on a hybrid approach. We animated a number of swimming / flying loops for the babies which were cached out. I then wrote some simple tools to allow the animators to animate, offset and vary these loops and position babies as required, this meant they could work with a fairly light scene but still have all the control and nuance they required. 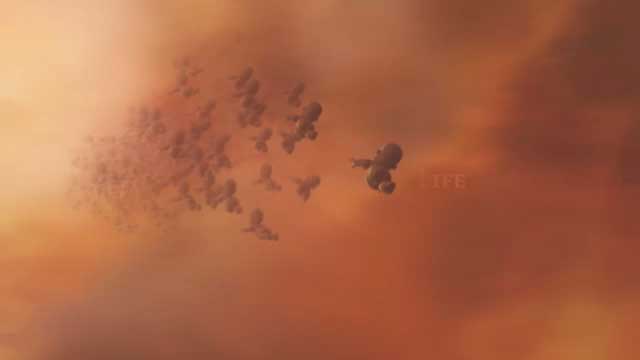 Fired By Design: What was the hardest part of this project in CG terms? 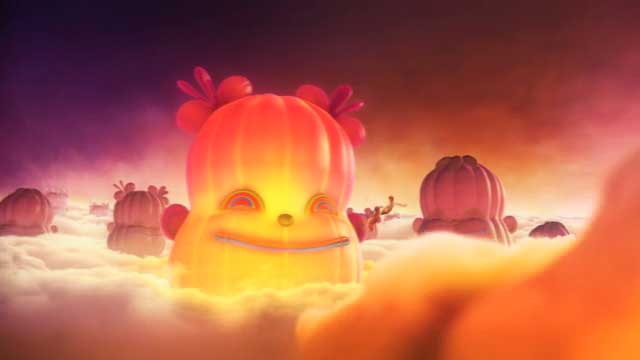 Nexus / Smith & Foulkes: Obviously working with particles is slow, it’s a bit like working in the dark. It can be a little frustrating when we’re in the business of making great images and your interface is a series of mathematical numbers and sliders. We came up with a workflow for particle layout that allowed matte painters to define where the particles would be placed. We used renders of modular particle systems mapped onto planes, and then allowed the TDs to use their skills to simulate, light and render particles to replace each of those planes. Overall I think everyone did a fantastic job of remembering that we were creating abstract painting rather than dealing with pure science.

See more by Nexus on Fired By Design