Brand New School (BNS) has officially launched its new showcase website, which allows visitors to reuse BNS assets by assembling and editing videos on the site. It has already been nominated for a Favourite Website Award ( FWA) 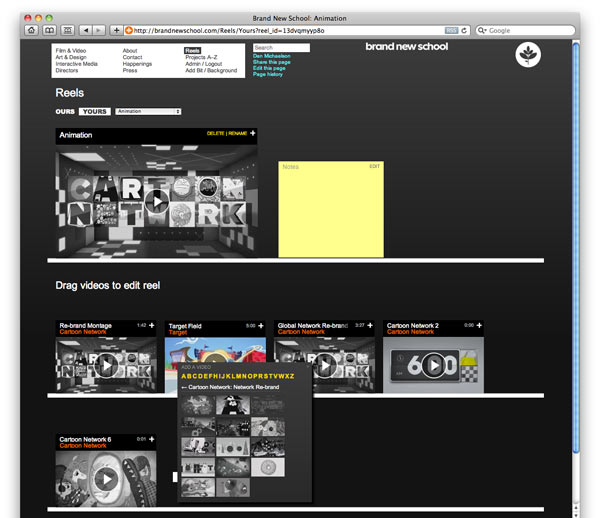 “We now have offices in New York, Los Angeles and London,” said BNS founder, executive creative director and director Jonathan Notaro, “My goal with the new site was to creatively showcase the bonds between our people. We wanted the site to allow each of us and our friends and colleagues to learn about each other, and to share our work, our inspirations and our cultures.”

Notaro engaged New York-based Linked by Air for this ambitious project, which so far showcases well over 130 BNS projects and lets anyone make and share their own versions of BNS reels by assembling and editing videos on the site. The firm’s principals Dan Michaelson and Tamara Maletic focus on creating systems that mirror and support institutions and communities through their visual design, their functionality, and by evolving and growing over time. 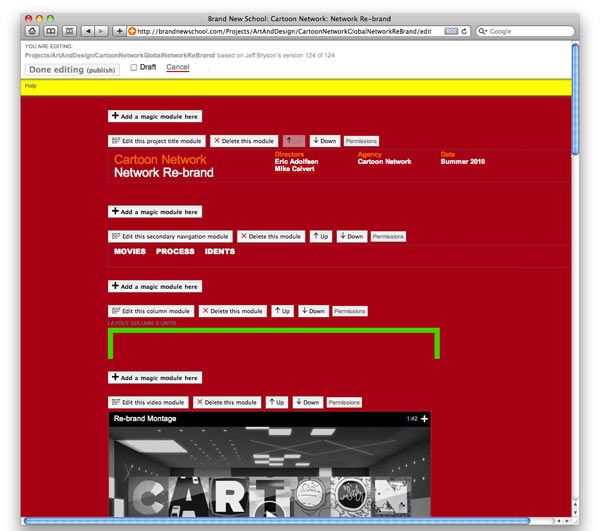 “Dan and Tamara were great collaborators,” said Notaro. “Early on we knew that this would be a special project. They mainly work with arts and cultural clients, the more academic end of the design world, so their perspectives were very refreshing.”

According to Maletic, she and her colleagues began the project by working very closely with Notaro on the visual design, through many iterations of possible ideas. “In the end,” she explained, “we arrived at a central metaphor of presenting the site as an infinite set of shelves. An important goal was to emphasize the company as a laboratory for creative and forward-looking thought and design. We also wanted to engage everyone working there, as well as clients and other interested parties, in the site as an active, public, and evolving aspect of the company… not just a frame for the latest reels.”

The new BNS site joins the Yale University School of Art, the Environmental Performance Index, and the Whitney Museum of American Art in the firm’s portfolio, and with those sites represents only the fourth installation of Economy, Linked by Air’s modular content management system.

“Economy allowed Brand New School to efficiently design project pages that often vary greatly from one project to the next, showing each project according to its own needs,” Michaelson explained. “One effect of this capability is to communicate Brand New School’s emphasis on design.” 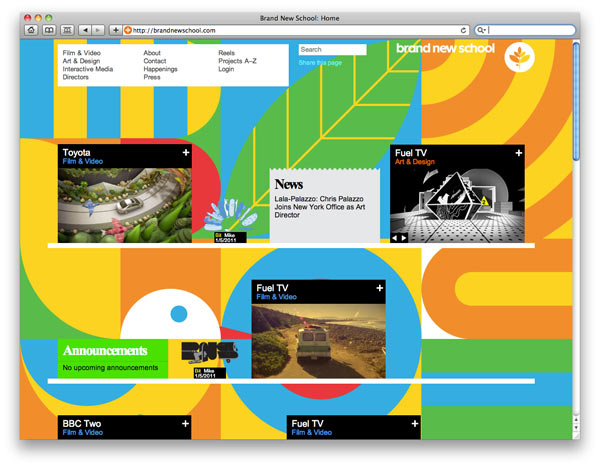 To address that goal and present the website as an always-growing, creative expression, a feature was created to allow all BNS talents to add their own “Bits” – images or characters from current projects, or inspirations found on the Internet. Additionally, all BNS staff can change the background of the site, at any time. Inspired by the ways BNS staff customised their offices and desks, Michaelson and Maletic said they wanted to provide a similar outlet on the website. 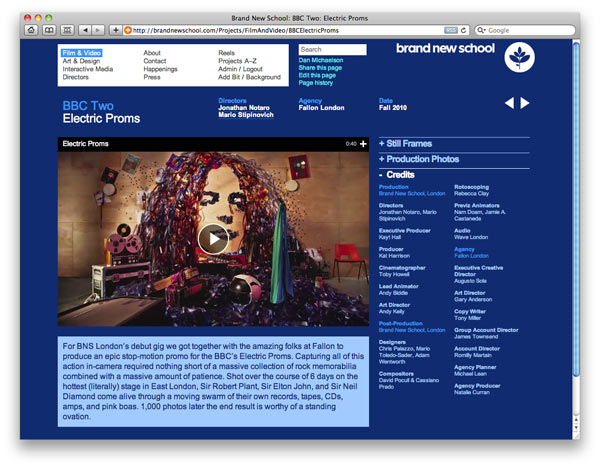 “The practical side of me loves the Reels feature, which allows anyone to collect our work, build reels with different themes, and share them via email and other social media streams,” Notaro said. “The more playful side of me loves the ‘Bits,’ which allows us to put bits of inspiration or artwork we’ve made on the shelves for everyone to see. This feature is already inspiring us in new ways, and proving to be a very fun way to get to know more about our people.” 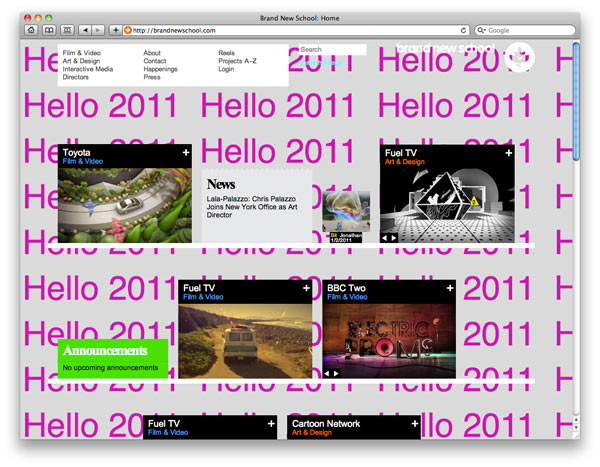 Economy is built in Ruby on Rails, and Linked by Air also uses JetBrains RubyMine as its programming environment, GitHub as its version control repository, and Pivotal Tracker and Basecamp as project management tools. They designed the new BNS site using Adobe InDesign, and additional project programming was provided by Graybits.

“For this project,” Michaelson concluded, “we’re most proud that the resulting design feels like a perfect synthesis of Brand New School’s and Linked by Air’s approaches. It feels like both of us.”

Visit the new site at www.BrandNewSchool.com.