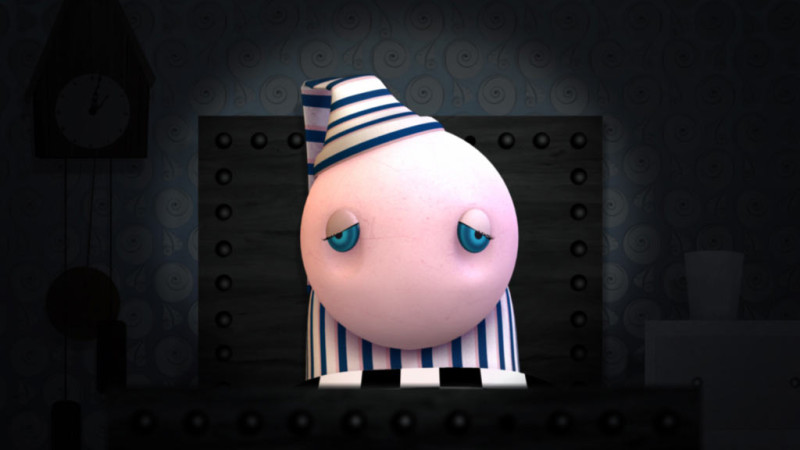 The production company created the entire concept, character and look of the campaign.  According to Creative Director Simon Armstrong, a brief that called for ‘a simple, unique character that would stand out’ prompted ticktockrobot to come up with a concept based around a head on a pillow. 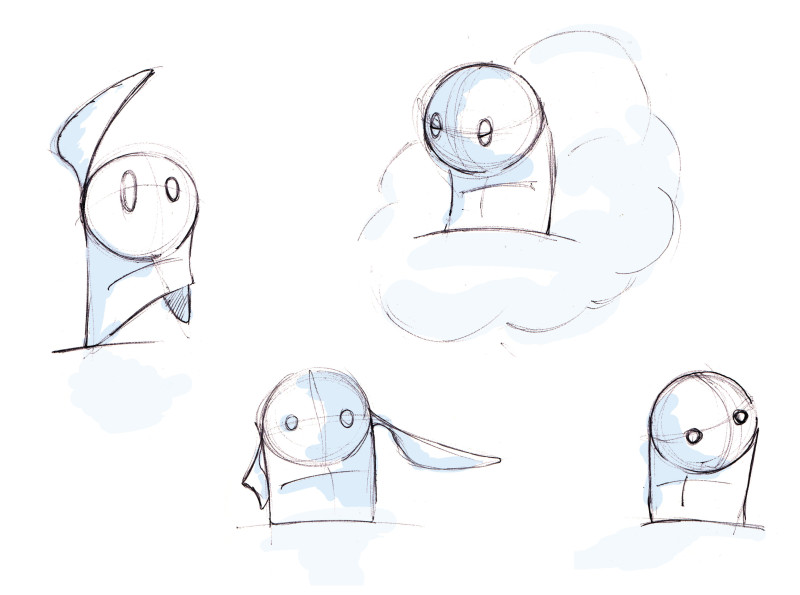 “Dreams wanted the campaign to highlight the retailers unique selling points rather than focus on product,” recalled Armstrong. “We went away and took the concept of sleep and comfort back to its basic routes.  Our little Dream head was born, based on a head on a pillow, with the feather pillow stuffing providing interesting shapes for arms.”

“We then needed to create a world and theme for the character and it’s story to unfold in,” he continued.  “Setting the scene and reason for going to Dreams was the starting point.  A reason for going to Dreams is that of having an uncomfortable night’s sleep.  Therefore we placed our creation sitting in an uncomfortable bed, having trouble sleeping.  We realised the subject matter gave us the opportunity to take him to a ‘dream’ world where anything could happen (visually and for narration).  So with the aid of a tongue in cheek sleep aid voice over [featuring legendary British actor Richard Briers] he is encouraged to drift off to the world of Dreams, where all the solutions to his bad night’s sleep can be found.” 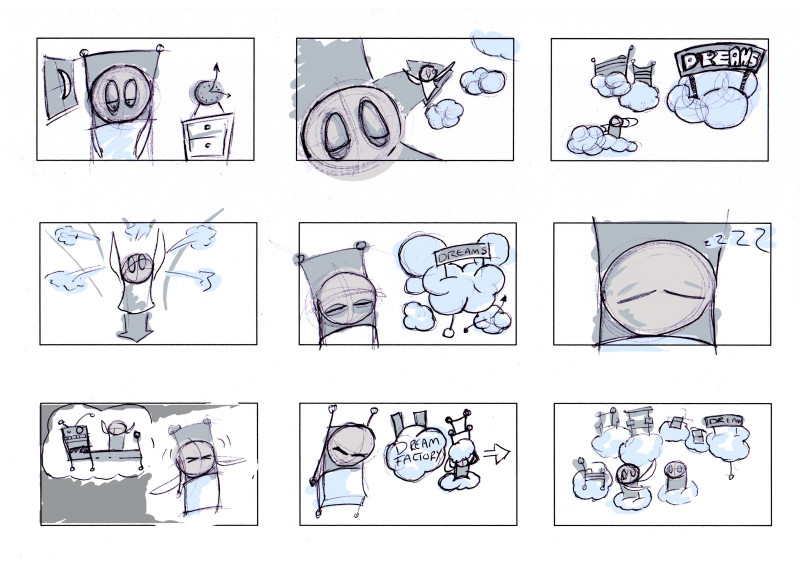 As the ideas progressed the team went from thought clouds -which could have had too many religious implications- to playing with the notion that our dreams are structured from what we see and experience in the waking world.  So the world was then built from the bedroom elements, most notable the bedroom wall paper.  Each ad in the campaign will feature a different wall paper, thus giving it a new colour scheme and visual impact. 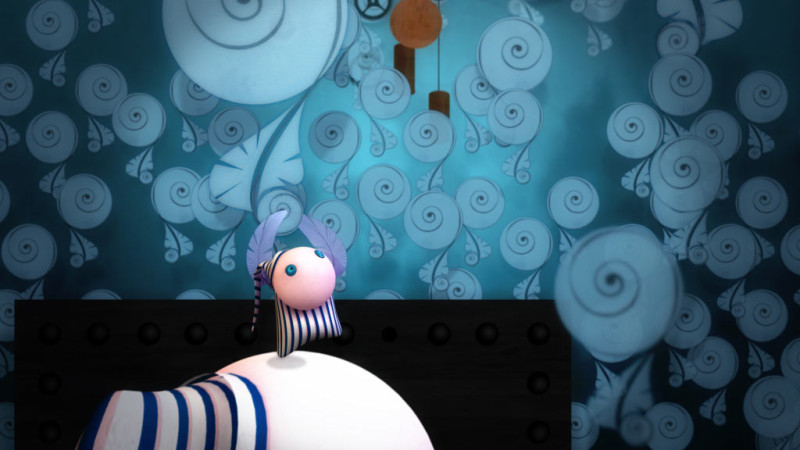 The character was created in 3D, with all the other elements created in Photoshop and Illustrator.  “Everything was then composited in After Effects,” explained Armstrong. “We wanted it to have a very children’s TV feel, so using two dimensional elements in a 3D space gave a innocent yet involving feeling.  The challenge came with a minor part of the process, matching the 3D character animation to the complex motion of the after effects world.  But the sheer number of layers and things moving proved the most taxing task for our compositor Chris Daw.” 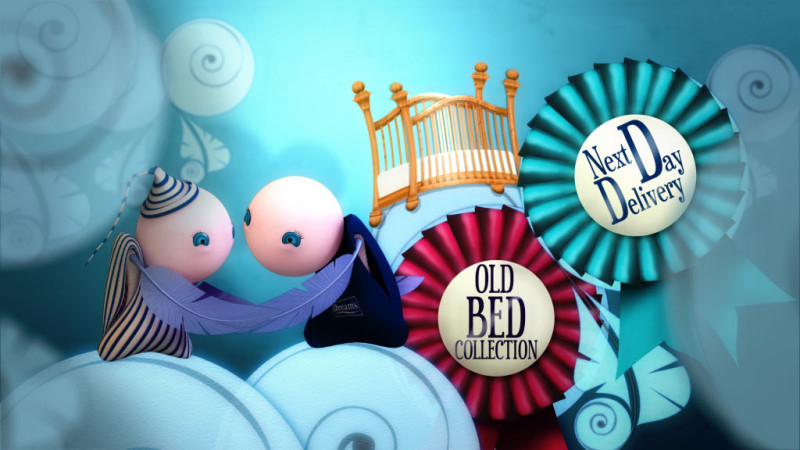 To create a more ethereal dreamy look the team used highly saturated colours, then over exposed the sequence and placed a slight box blur duplicate of the final comp faintly on top, to soften it.  “The 3D uses a complex rig of approximately 20 lights that gently bathe the character in a light that changes from one tone to the other, all the while keeping render ties to a relatively good speed,” added Armstrong. “Nick Crofts and Paul Stroud then composed a beautiful score onto the completed animation, although they were already working to pre comps prior to receiving the final animation.” 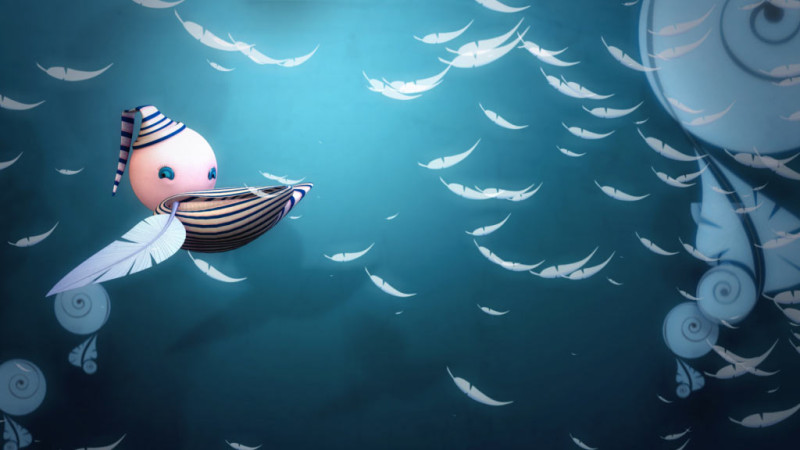 For the dynamic microsite, which doesn’t depend on Flash for animation, the assets from the ad were resused and  resized for web purposes.  “We wanted a website that was completely user friendly and wide reaching,” said Armstrong.  “With the popularity of iPhones and iPads, we did not want the site to be Flash reliant.  Steve Elford created a great bit of JQuery script that created the dreamy floating motion of the elements.  He also built it so that if the Flash plugin wasn’t installed, any elements that were Flash, which were extra animations not critical to the sites functionality, would fall back to static images instead. 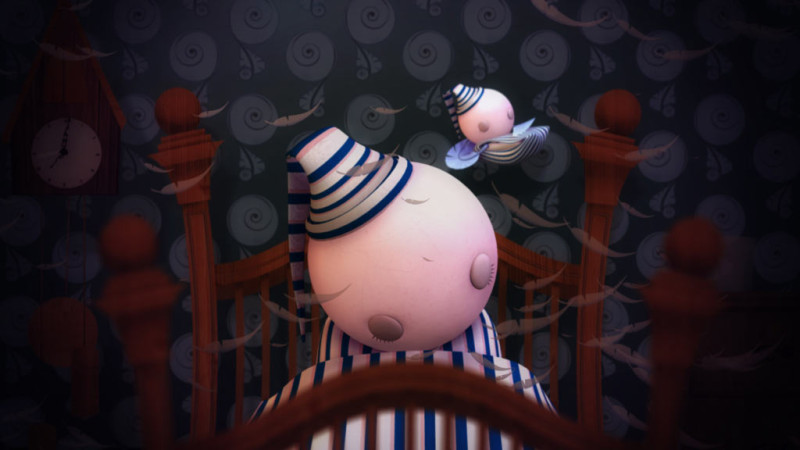 Check out the site now at sleep.dreams.co.uk

The team is presently working on the next two adverts and a full online campaign including a much more comprehensive micro site.