Pictoplasma, the Berlin-based initiative of Peter Thaler and Lars Denicke, has been a major force in promoting character design, with a dedication to characters that goes far beyond purely commercial contexts. The drive behind Pictoplasma’s ambitious program of publications, animation festivals and events is rooted in the conviction that characters are “a true core stimulus of today’s visual world”—a universal language that transcends cultural boundaries. 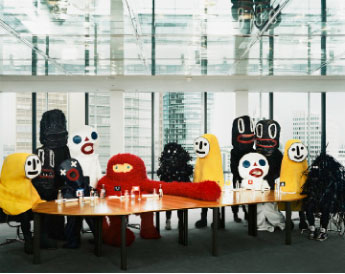 Pictoplasma will be exhibiting and speaking at NEoN, the digital arts festival that takes place in Dundee, Scotland in November. See the news story for more details

For the event Pictoplasma has produced a new series of character costumes – described by Lars Denicke as ‘hairy, friendly beings full of positive energy’.

“The characters function as a communicative entity and link between archaic interaction and social networks,” said Denicke. “Several smiling siblings will invade Dundee during the festival, mingle with the visitors and involve the city in urban interventions.”

I caught up with Lars Denicke to ask him about Pictoplasma and the coming appearance in Scotland.

[Fired By Design] Can you give me some background information about yourselves please?

[Lars Denicke] Pictoplasma is a little office in Berlin, where we, Lars Denicke and Peter Thaler, have our workplace, but foremost Pictoplasma is a network of thousands of artists from all over the world, a large international community of creatives, designers, illustrators, animators, artists and fans, all connected by a shared love for abstract and reduced character representation. For each of our projects, be it a publication, festival, exhibition or art installation, we depend on this network. So, it is wrong to reduce Pictoplasma to just the two of us, but basically we are the ones who are here in the office every day, dedicated to only the project, all year long. Peter Thaler has a background in animation and after working for the industry at the turn of the century, which at that time lacked a promising artistic style, he initiated Pictoplasma as a web-based archive and book publication of a new, emerging character design. Lars has a background in cultural studies and joined Peter in 2003 with the idea to physically bring together the diverse scenes and host a conference on the topic. After the success of the first Pictoplasma Conference in 2004, both of them have stayed together and devoted all their time to the project.

How and why did you start Pictoplasma?

Pictoplasma started off at the end of 1999 as a website, to serve as the first ever platform for an extensive collection and archive of contemporary character design. As a reaction to an overwhelming flood of iconographic figures on websites, billboards and food packaging at the turn of the century, Pictoplasma wanted to set a considered, stylistically sure-footed, high quality collection of figures against the daily glut of random mascots and pathetic sympathy seekers. From the beginning Pictoplasma’s main goal has been to free character representation from commercial intentions and the popular psychology of story telling, while linking a new breed of character design to the birth of a new, graphical language beyond all cultural boundaries. Those were the days. Meanwhile the project has developed into a lively platform and published numerous books and DVDs on the topic. Pictoplasma organizes annual conferences and festivals, curates exhibitions and has closely accompanied the scene as it moves towards to a completely new understanding of characters. 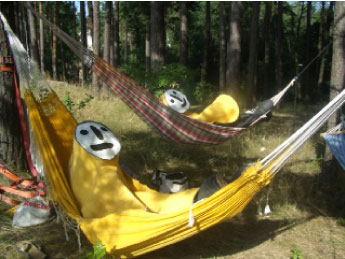 How successful have the festivals and books become?

Within the last 10 years we have published exactly 10 books, mostly compilations featuring the new works of international graphic designers, illustrators, animation directors and artists. These publications have hit a nerve and became amazingly successful, often referred to as pictorial bibles of character design. Many agencies use the publications as reference tools for possible styles and artists, while creatives find inspiration. Our Pictoplasma Conference in Berlin has established itself as the world’s only annual meeting point for a global scene in a very interdisciplinary field, with more than 600 international attendees joining a broad local audience for artist presentations, screenings, performances and exhibitions. These events have a very unique atmosphere, since it’s all about very personal work – and not commercial jobs. Even if the artists’ lectures include commercial output, they always feel very close and passionate about the characters they create – as if they were family members. This has to do with the fact that a good character is all about personality, emotion and appeal. But our conferences are also about communal activities and “getting your hands dirty”, with workshops such as drawing gigantic wall-to-wall landscapes or the common remix of dolls at sewing machines. Carefully selected cinema screenings with a unique focus on characters in motion present brand new animation and motion graphics. And the Character Walk takes people out on the streets for a tour through 20 gallery exhibitions by different artists, all exploring their character creations in different media.

What else does Pictoplasma do?

In addition to our curatorial approach, we like to work on the conception and production of installations with performative and interactive elements. For example, we developed an installation similar to a mechanical bull, “The Character Ride”. This happened in collaboration with Akinori Oishi from Japan, who is also speaker and participating artist at NEoN. The installation invites you to physically hop on a divine, smiling, golden sculpture, until it gradually throws you off, as its movements get increasingly brutal and robotic. For us “The Character Ride” works on many levels and is about the immersive qualities of images to draw you in to their dimension up to a certain degree, but ultimately leaving your physical body out of their perfect realm. Other installations we’ve done include an arena of ritualistic dodgems or characterised bumper cars (one of these with Tado), a politically incorrect race with fuel driven character-karts through a pedestrian zone and large character costumes in urban interventions, that culminated in a theatre performance.

…and where is it going next?

Our next big Berlin festival in April 2011 will feature the premiere of a truly physical, breathtaking character performance and installation, of which some parts will be first presented at NEoN. But we don’t want to give it away…

Also, following the success of our first New York and Buenos Aires conference editions in late 2008, we are currently preparing a comeback in the Americas. But first, during fall 2010, we are touring with a concentrated program of artist lectures and animation screenings through Europe and America. Publishing wise, we are just about to release our very own “PicTarot®”, an overdue fusion of the divine set of fortune telling cards with contemporary character design, and “Little Aaron”, a monograph by American designer Aaron Stewart, who populates his private childhood photos with imaginary friends. Scheduled for spring 2011, a new compilation on characters in fashion and costume design will hit the shelves, and then – finally – the long awaited new edition of our “Character Encyclopaedia”, showcasing the exciting character related work of over 200 artists, designers and illustrators will see he light of day.

Have any artists who have used Pictoplasma gone on to much wider exposure and success?

Apparently this happens rather often. Many artists featured in our books report that they have been contacted via the index of the publication by an agency or production company to collaborate on some project. And this is the best possible outcome, since all our efforts can be boiled down to the hope that as many of the uncountable characters surrounding us are to be created by the most talented and gifted artists as possible. 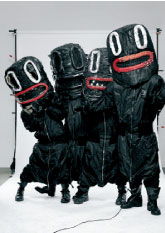 Can you provide a quick overview of the nature and subject of your presentation at NEoN?

We have been invited to hold a lecture, in which we will give an introduction to the phenomenon of contemporary character design in its varied manifestations – and introduce our curatorial approach and own productions. We will talk about the cultural implications and links of today’s aesthetics to ancient and folklore archetypes. From our perspective, characters are not representations, but have a more animistic quality, of giving objects or mere thoughts the appearance of being alive themselves. As such, characters are often nothing more than projections of guardians to unknown territories and worlds. In addition to the lecture, we are producing an installation for urban interventions in Dundee – be surprised and keep your eyes peeled.

What do you hope to achieve or experience?

We are curious to see other contexts and fields of character design, some of which we might have neglected a little in our research so far. One of these is most likely character design for game design.We are keen to meet the Dundee scene of makers and shakers interested in character design, and other than that, we are looking forward to seeing Akinori Oishi and Tado again.

What do you see as the current trends and themes for characters in design and animation?

That is always a difficult question to answer, but currently we are seeing more and more artists turn their backs on digital media and getting their hands dirty with ink, watercolour or pen on paper. This recent revival of analogue techniques has injected immeasurable visual wealth into the world of illustration, fine art and especially character design. Artists reject the computer and channel their creativity through spontaneous freehand drawing to create untamed, edgy and exceptional beings.

For us it’s not as much a focus on “digital” as at our beginnings in 1999. We have witnessed web designers turn to urban art interventions, illustrators deciding for clay and pixel pushers going 100% oil on canvas. The gift of being able to create an immersive and appealing character has obviously nothing to do with the tools, but rather with a profound understanding and learning of a classical craft. Therefore the challenge and opportunity is mainly that more and more upcoming talent, established artists and forward looking agencies are embracing character visuals in their work, and it is getting more and more difficult to stand out with something unique.

See more about Pictoplasma on Fired By Design

The website for the NEON10 festival is at www.northeastofnorth.com 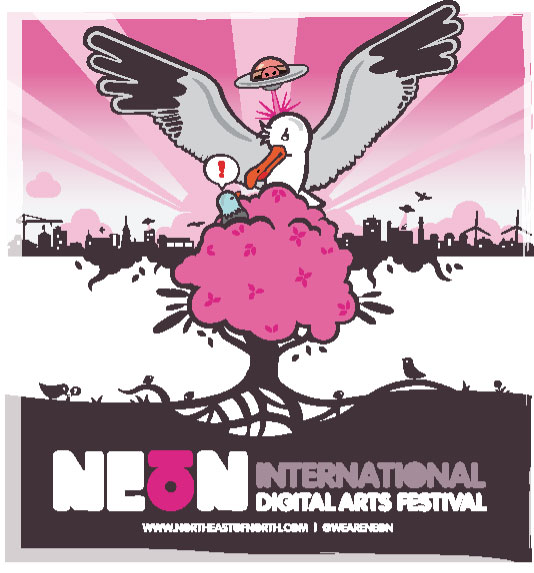