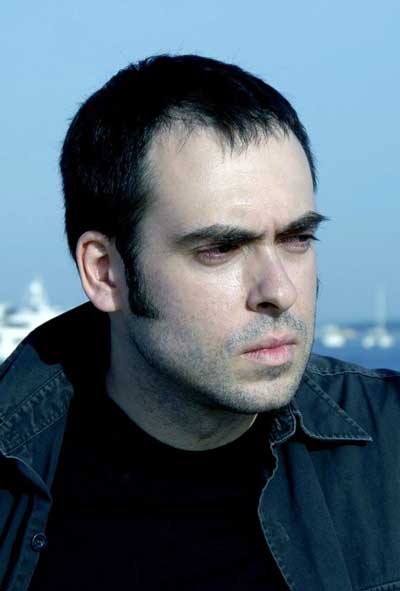 (Greg) to its roster. Mothership, a sister company to Digital Domain, will represent the director exclusively for commercial and music video work in the United States. Jonkajtys is an award-winning creative talent whose CG animated short film “Ark” screened at the Cannes Film Festival and won the SIGGRAPH Computer Animation Festival in 2007.

“Agent Bryan Besser at Verve introduced us to Greg’s work and we were absolutely blown away,” said Mothership President Ed Ulbrich. “His work demonstrates a mastery of story craft and an ability to create highly imaginative worlds using all the filmmaking tools at his disposal. We’re very excited to bring him on board the Mothership roster.”

During his 12-year career working in feature film and advertising, the Warsaw, Poland-born Jonkajtys has established himself as a filmmaker with a distinctive aesthetic and point of view. His work has been described as dark, full of texture with dramatic character design and compelling storylines, and often combines CG techniques with shot practical miniatures and other handmade elements that heighten the otherworldly aspect of his films.

As a VFX artist and animation lead for Platige Image, Digital Kitchen, CafeFX, The Syndicate, and at his current post at Industrial Light & Magic, Jonkajtys has contributed to such films as “Sin City,” “Hellboy,” “Blade III,” “Pan’s Labyrinth,” “Mist” and “Terminator Salvation.” But he’s best known for writing and directing the 2007 short “Ark,” about an unknown virus that wipes out the human population. “Ark” received a Golden Palm nomination at the Cannes Film Festival, an Award of Distinction at Prix Ars Electronica, and a Best in Show Award at SIGGRAPH. His other short films include “Mantis,” “Legacy,” and “The 3rd Letter,” which has been making the festival circuit. Jonkajtys is currently writing the feature screenplay for his next project, “Snow King.” He graduated from Academy of Fine Arts in Warsaw in 1995 and lives in San Francisco.

“Despite my obsession with animation and visual effects, I actually take a fairly classic approach to moviemaking,” said Jonkajtys. “I love almost autographic framing, inward dollies; I want to immerse the viewer into my world. Mothership was the ideal production studio for me to spread these wings and the exciting things they’re doing in the transmedia space enables its directors to be involved in extending their storytelling experiences even further.”

See more by Mothership on Fired By Design