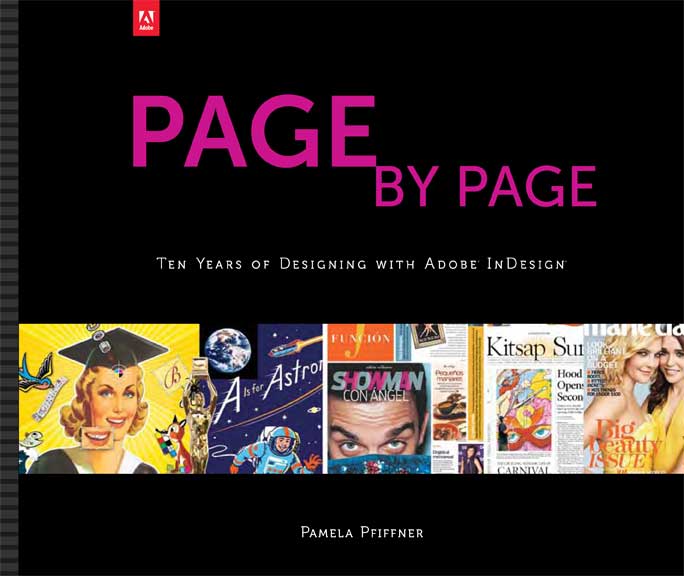 Adobe is releasing a commemorative book titled “Page by Page: 10 Years of Designing with Adobe InDesign” that highlights the product’s evolution and features designers who have helped make InDesign a success. The PDF version of the book is available on Adobe.com and the limited edition print version will be available through Blurb in mid-April. Additionally, to mark the occasion, the company will be releasing 10 new InDesign tips and tricks video tutorials on Adobe TV.

Designed to provide an inside look at the company’s stewardship in moving publishing from print to digital solutions, the 10th anniversary book examines the role of InDesign and the InDesign Family in transforming the layout and editorial workflow at agencies, corporate publishers and traditional publishers worldwide. The book also details the evolution of InDesign from its public debut in 1999 to today and includes sample work created by designers for publications such as Marie Claire, publishers like Condé Nast, and cutting edge design agencies such as Modern Dog and Mucca Design.

Download “Page by Page: 10 Years of Designing with Adobe InDesign”