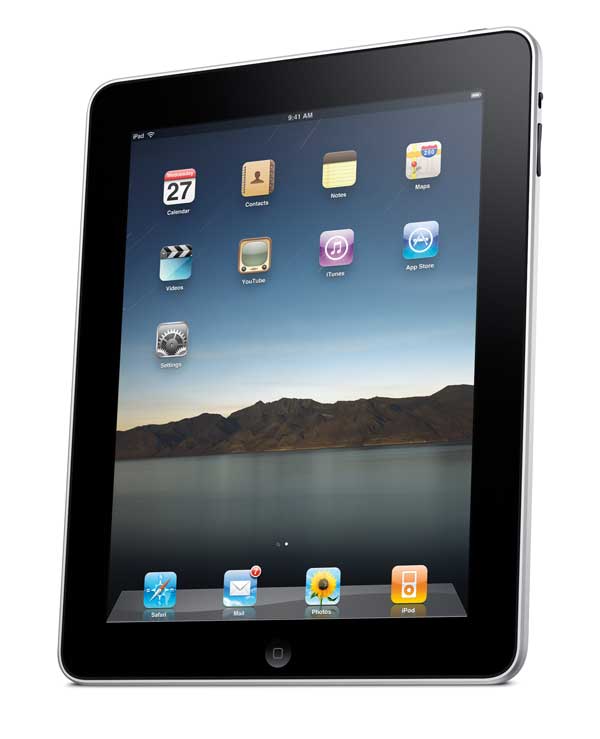 Beginning on March 12, US customers can pre-order both Wi-Fi and Wi-Fi + 3G models from Apple’s online store or reserve a Wi-Fi model to pick up onApril 3, at an Apple retail store.

“iPad is something completely new,” said Steve Jobs, Apple’s CEO. “We’re excited for customers to get their hands on this magical and revolutionary product and connect with their apps and content in a more intimate, intuitive and fun way than ever before.”

Starting at $499, iPad lets users browse the web, read and send email, enjoy and share photos, watch videos, listen to music, play games, read ebooks and more. iPad is 0.5 inches thick and weighs 1.5 pounds (0.68 kg) and delivers battery life of up to 10 hours depending on device settings, usage and other factors.

See more information about the iPad