Jam3 puts you in the driver’s seat with a powerful interactive experience to promote Cra$h and Burn, a new Showcase series in the US. 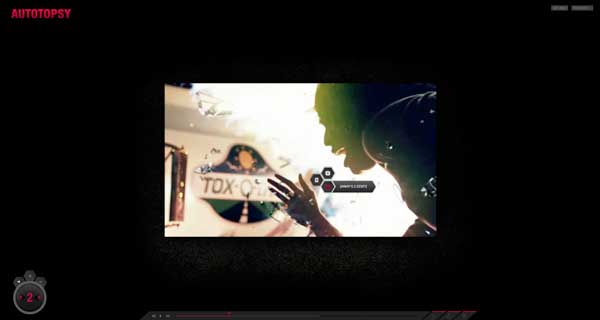 Launched online, Autotopsy.ca is an innovative digital experience that challenges visitors to play the part of forensic crash investigator Jimmy Burn in order to unpick the story behind a multi-vehicle pile up. Part game, part narrative experiment, the visually rich Flash-based site offers a host of interactive video content alongside character case studies that provide hints and red herrings alike.

What’s the connection between a suicidal truck driver and blood soaked sex doll? Why would a truck hauling propane tanks unexpectedly veer off an overpass? And whose is the human heart left cooling by the roadside? Remember – everything is not as it seems…

“The idea behind the project was to build something strictly for online consumption that was completely different than your typical trailer site,” said Jam3 Creative Director Adrian Belina. “We wanted to create a piece of interactive content that would give viewers total control over the way they experience the story and explore the supplemental plot strands.” 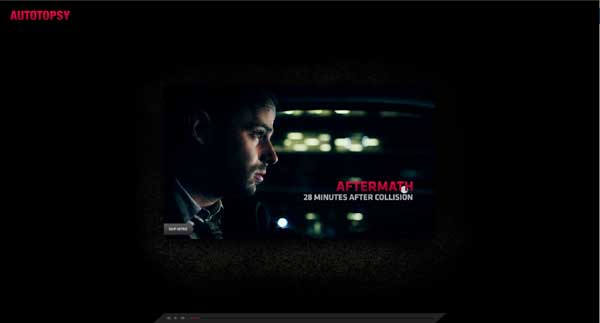 In addition to concept, design and development, Jam3 headed the post, VFX, animation and scored the immersive soundscape that accompanies the project. With just three days to capture over 15 minutes of footage, including a demanding one-day motion control shoot using the Milo rig, tight pre-production was essential. 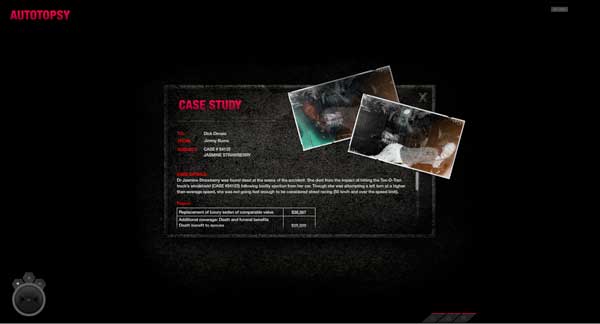 “We were hunkered down in the board room playing with toy cars figuring out and constantly rearranging how the accident unfolded,” explained Belina. “It all sounds like a little boys dream but the toys only got bigger as we essentially went from playing with little cars to playing with the real thing on set.” 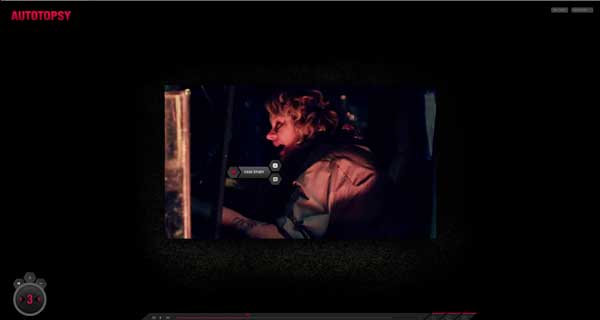 Central to the Autotopsy experience is an intuitive range of control options that allow for a seamless transition between different levels of content. Using Papervision, the Jam3 crew built a stylized 3D map of the crash scene, allowing would-be investigators to delve in-between the crumpled cars, shattered glass and fiery wreckage in a bid to get to the bottom of the mystery behind the aftermath. 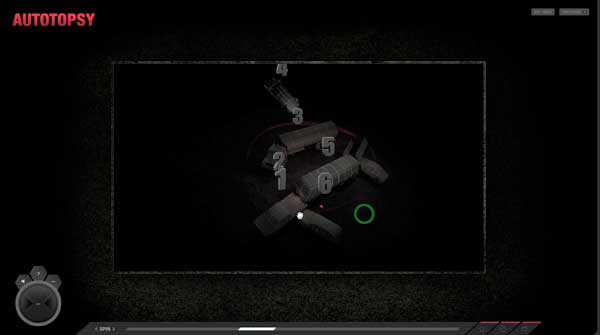 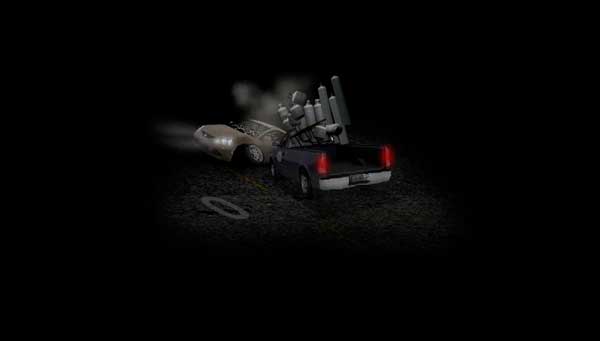 “We love interactivity and we like giving users multiple options to navigate the site in different ways,” Belina enthuses. “We really felt like we stretched our legs with this project. It allowed us to explore concepts that we had R&D’d internally and were eager to implement so from the outset we agreed that nothing was out of reach – the crazier it sounded the more we wanted to try it.” 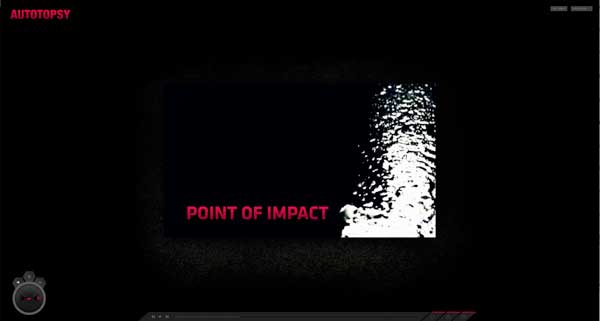