Chorion, the family entertainment producer and distributor, has signed a deal with Premier Foods for Paddington Bear to become the face of Robertson’s Golden Shred marmalade in a UK wide on-pack promotion. 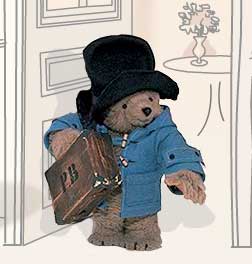 Paddington Bear, the duffel-coat-wearing, Wellington-booted bear from Darkest Peru, is the world’s most famous marmalade lover. Created by Michael Bond, the character is licensed by Copyrights, a Chorion company. The campaign, which launches today and is set to appeal to young families and nostalgic adults alike, gives consumers the opportunity to purchase a range of highly collectable Paddington badges.

The promotion will run across all Robertson’s Golden Shred marmalades, including Paddington’s preferred chunky variety and brand new product Robertson’s Golden Smooth, made from sweet Valencia oranges and with no bits. Paddington will feature prominently on pack, and will also appear on Premier’s Gale’s honey and Hartley’s No Bits ranges, maximising the new relationship. 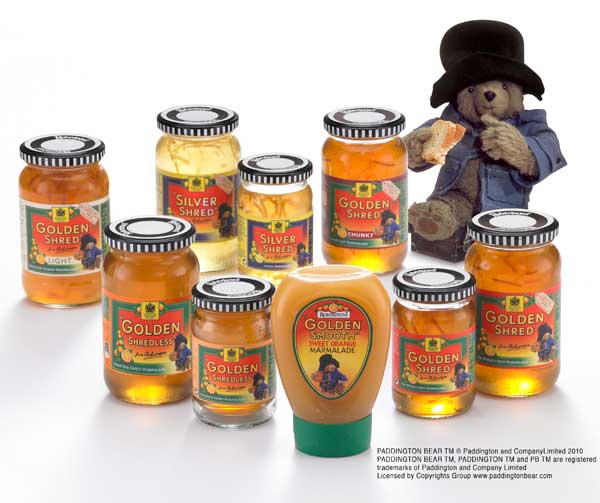 “We are just delighted to announce this partnership,” said Esra Cafer, Senior Brand Manager at Chorion. “What could be more natural and authentic than Paddington Bear teaming up with the UK’s most iconic marmalade brand? I know that fans will be just as excited as we are when they see Paddington on their local supermarket shelf. He’ll appear on more than 14 million jars each year. And we hope the partnership will continue for many years to come.”

Premier Foods is hoping to attract a younger audience to marmalade with the introduction of Paddington on its products, as well as re-engaging adults who grew up with both Paddington and family breakfast occasions.

The campaign offers the opportunity to purchase a range of highly collectable Paddington badges.

Michael Bond’s first book, A Bear Called Paddington, was published in 1958 by William Collins & Sons (now HarperCollins Publishers). At the time, Bond was working as a television cameraman for the BBC.

Paddington first appeared on television in 1975 in the stop-motion puppet animation series made in the UK by FilmFair and narrated by the distinctive voice of Sir Michael Hordern.