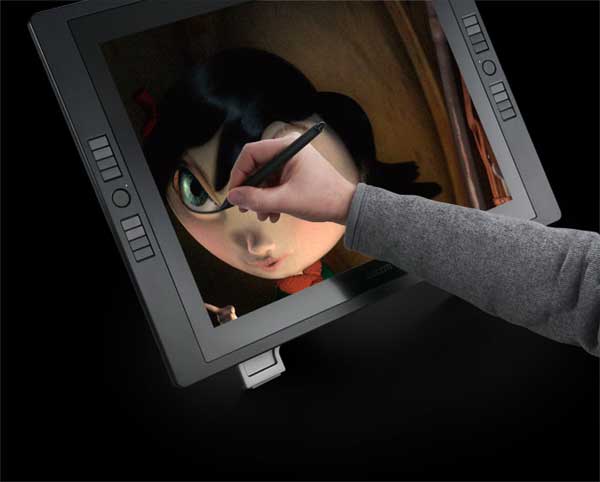 The Cintiq 21UX Grip Pen features Wacom’s new proprietary  Tip Sensor technology, offering users near-zero (one gram) starting pressure. Pressure-sensitive support starts with a light touch, emulating the organic feel, response and result derived from working with traditional brushes, markers and pens, moving up to deliver 2048 levels of pressure. This doubles the resolution of the pen’s pressure curve to enhance feedback and expand the creative effects within software applications that support pressure sensitivity. The Grip Pen also features a pressure-sensitive eraser and two side switches that can be customised for commands such as double-click and right-click. 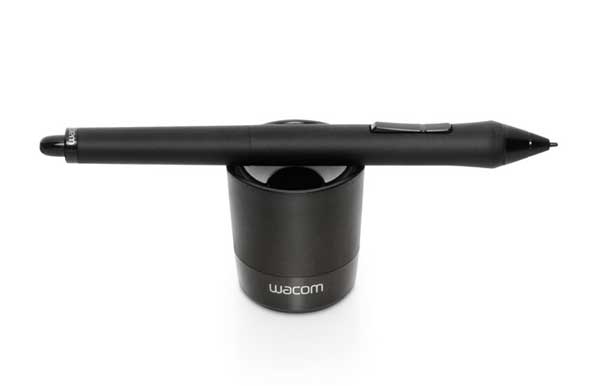 Also new to the Cintiq 21UX is the introduction of two user-defined Touch Strips, located on the back of the bezel and the two Touch Strip Toggle buttons which control the function of the associated Touch Strip. An illuminated LED on the perimeter of the Toggle button indicates the current function of the corresponding Touch Strip. Fully application-specific, the Touch Strips can be used for up to four functions such as zoom, scroll, brush size adjustment and canvas rotation per application. This new ergonomic treatment allows users to toggle with their thumbs while using their forefinger or middle finger to control Touch Strip speed and variation. Locating the Touch Strips on the back of the interactive pen display rather than the front prevents accidental contact when, for example, users employ flowing brush strokes and extend them beyond the screen’s border. 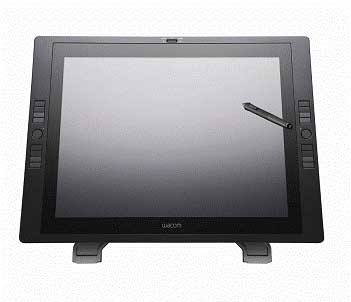 Eight fully programmable ExpressKeys, located on each side of the display’s bezel, place commonly used application-specific commands at the fingertips. Pressing the top ExpressKey loads an on-screen display showing the settings of all the ExpressKeys and Touch Strips.

The new Cintiq 21UX shares the same technology platform with the Intuos4, making it fully compatible. The Cintiq 21UX’s patented stand allows users to recline the interactive pen display at any angle between 10 to 65 degrees to match the users ideal working posture. In addition to reclining, the Cintiq 21UX can be rotated up to 180 degrees in either direction to take advantage of natural drawing movements or offer a different viewing angle. If desired, users can easily remove the Cintiq from the stand for use on a table top or to attach it to an articulating arm (not included) using the standard VESA (Video Electronics Standards Association) mounts located on the back of the display. 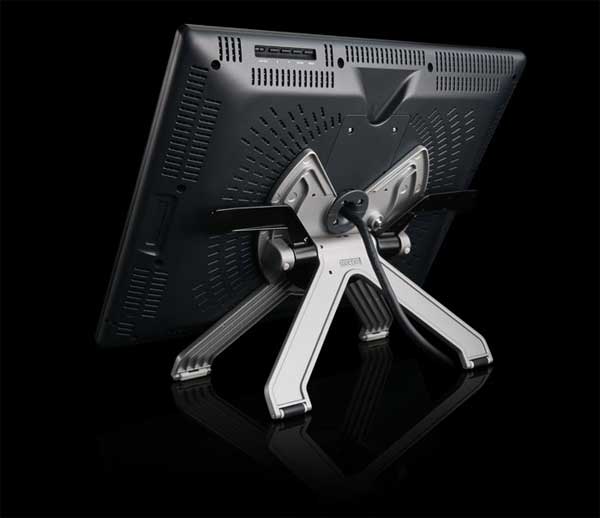 A new weighted pen stand doubles as a handy twist-off storage compartment for pen nibs and a handy nib removal tool. Standard felt and stroke nibs are provided, allowing users to simulate the feel of working with a variety of traditional art and design materials.

Also available is an Art Pen, which turns on the rotation feature in Adobe Photoshop, Illustrator and Corel Painter 11 to deliver natural brush effects, much like a calligraphy pen, as well as an Airbrush that has similar form and finger-wheel control as a traditional airbrush and enables users to create and define paint patterns within certain creative programmes. 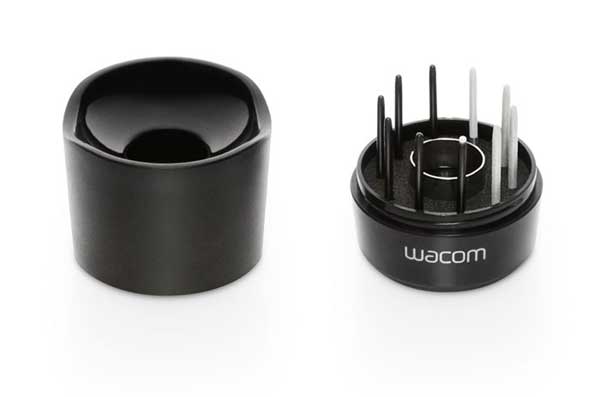