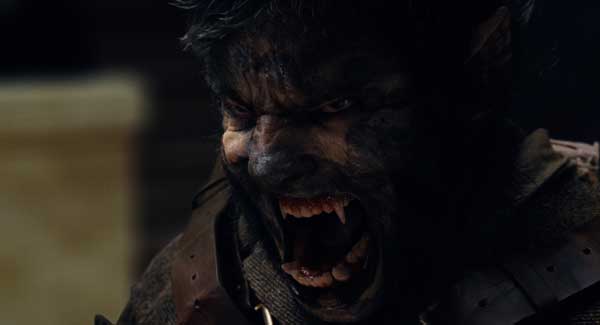 Joe Johnston’s remake of the 1941 classic ‘The Wolfman’, for Universal Studios, saw MPC as the lead visual effects company on the feature. The film stars Anthony Hopkins, Emily Blunt and Benicio del Toro in the title role.

“Wolfman was a project a bunch of us here got excited about the moment we heard about it,” said visual effects supervisor Adam Valdez, “It was a chance to apply our creative drive and tools to some very concentrated, difficult scenes. All of our teams brought their best to these shots. In particular, the transformation scenes required a lot of fresh ideas, trial-and-error and custom work to get what worked for Joe.”

MPC brought the latest in design, animation and realism to the film, bridging Rick Baker’s prosthetic makeup work and the film’s atmospheric production design. Set in Victorian England, the film shows Lawrence Talbot returning to his hometown after a family tragedy, when a legendary beast attacks him. The London-based team, led by top talent such as Gary Brozenich and Adam Valdez, brought to life concept designs from MPC’s own art and animation departments. The transformations were to be both stunningly realistic and viewed close to camera. The creative process took the team through several approaches that would give audiences something new, while keeping some sense of convention.

In order to be fully developed, concepts had to be animated and then worked by hand through modeling (in Maya and Zbrush), texturing (in Photoshop) and fur-groom stages (using MPC’s proprietary ‘Furtility’ software), so that practically each transformation shot became a custom job.

The transitions broke down to six ‘painful’ stages, including expanding veins and skin bruising, hair growth and the visible change of muscle and bone. Cyber scans of Benicio del Toro were used as the basis for a fully articulated head rig, capable of going from the actor to a fully transformed Wolfman. Custom animation setups were also built for hands and feet by a team led by Tom Reed, head of rigging at MPC, then groomed with Furtility. This offered the ability for custom hair work on a per shot basis, in order to bridge live action shots and obtain a perfect match to shots of makeup and mask enhancement. Many of these shots were extreme close-ups, requiring detail down to every pore of skin. Skin lighting and shading were pushed to the next level for this project, including new efficient methods for sub-surface scattering and fine specular modelling.

Full London rooftop environments were created, using a combination of 3D architecture and 2D matte-painting. Several different environments were entirely designed at MPC during postproduction, in addition to the master shots looking over the Thames River, and a time-lapse shot located under London’s iconic Tower Bridge. MPC’s location in central London proved invaluable for creating such environments via photogrammetric modelling from location shoots, using a combination of Maya, Photoshop and MPC’s proprietary Tickle lighting tool.

Projecting photography onto animated wolfman faces and legs, the 2D team led by Arundi Asregadoo enhanced live action work. Transformation shots came together in compositing, where artists tracked in fine veins and skin changes, based on texture work generated by the fx department and aided by MPC’s proprietary scripting tool Giggle. Atmosphere was a constant issue in the film, with compositors blending in many photographic elements as well as simulated smoke and debris. Compositors worked closely with environment artists in a collaborative effort, using MPC’s techniques for multi-layered 2.5D environment rendering, including shake, nuke and mokey.

Joe Johnston on the IMDB

Gary Brozenich on the IMDB

Adam Valdez on the IMDB

Tom Reed on the IMDB

Arundi Asregadoo on the IMDB

Rick Baker on the IMDB