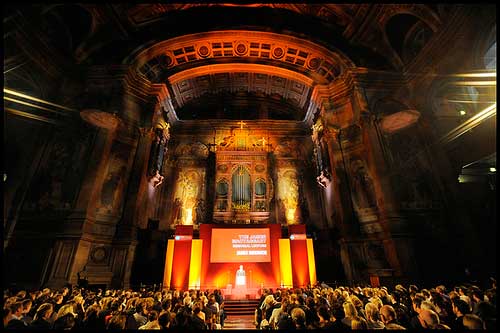 On Thursday 26th August 2010, the eve of the TV Festival and the closing day of Edinburgh Interactive, the two will host the first ever creative industries event for television and games, providing an insight into technologies, but more importantly bringing the decision makers from games and television together for the first time.

The MGEITF Futureview Keynote Address will be given this year by a games industry leader, with Edinburgh Interactive hosting a Keynote Address from television. There will also be a Creative Masterclass at MGEITF which will bring together games developers and creatives to discuss the game development process and to explore what the opportunities may be for co-development of interactive TV and games formats.

Chris Deering, Chairman of Edinburgh Interactive, said games have had a significant effect on the use of the television in the home. “Over the last 12 months this has moved on dramatically with recent research showing that 10 per cent of all BBC iPlayer requests are being driven by games consoles. The debate between the two industries has not yet begun; it will begin in August at Edinburgh Interactive and MGEITF.”

Deborah Turness, Editor of ITV News and Advisory Chair of the MGEITF Advisory Committee, called the move an exciting opportunity to explore joint format development between television and games. “It is a natural evolution driven by major advances in technology,” she added. “In bringing together executives from these two entertainment industries to discuss, network and share ideas, we place both Festivals at the centre of a new global debate in Edinburgh.”