DJ/producer and all round godfather of mash-up Mark Vidler, aka Go Home Productions, has taken the lift to the next level of remixing, joining forces with leading audio/visual group Addictive TV 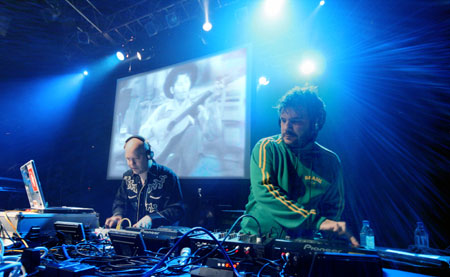 Famed for his Blondie vs The Doors EMI release, Vidler has remixed for artists from David Bowie to Kasabian

“It’s just so obvious” said Vidler of the partnership. “Creating music from samples that you can actually see, it’s like clubbing and cinema fused together, two of my greatest loves”.

The Addictive TV team have twice been voted best visual act in the World in DJ Mag and have blown away audiences in over 50 countries, dazzling crowds with dynamic brain-twisting live audio-visual shows.  Praised by music innovators like Moby, Grandmaster Flash, Jeff Mills and former Kraftwerk star Karl Bartos for their unique style of remixing, they’re also in demand in Hollywood for their movie mashing talents, where the team have notched up an unrivalled number of official film remixes for blockbusters like Fast & Furious, Iron Man and the Oscar-winning Slumdog Millionaire. 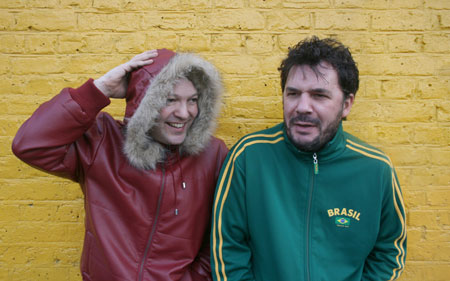 Emerging from the world of audio bootlegging, Vidler gained prominence as a producer officially remixing artists including David Bowie, Kasabian, Bob Dylan, Gang of Four and Alicia Keys.  His “Mashed” compilation became the first ever officially sanctioned mashup album, released on EMI and hitting the top 10 UK albums in February 2007.

”Mark’s well-known in the audio mashup world for his ability to seamlessly fuse tracks as if they were joined at the hip at birth and that creative and production skill brilliantly compliments what we’ve been doing with Addictive TV, building fully integrated tracks from both audio and video” said Addictive TV frontman Graham Daniels “Bootlegs aside, we’ve made a lot of work together this year – my personal fave was the Channel 5 football adverts.”

Vidler first worked with Daniels in 2006, on his Blondie vs The Doors release, when EMI sanctioned the bootleg and commissioned Addictive TV to create an audio/visual mash-up of his remix.  Fans of each other’s output, sporadic collaborations ensued and it was only a matter of time before the two camps would join forces more permanently.

February 2010 will see Addictive TV head for Vancouver, for the opening night of Code Live, Canada’s 18-day Cultural Olympiad, featuring artists like Kid Koala, Deadbeat and LA Riots.  And in April 2010, Addictive TV joins DJ Yoda at The Forum in Kentish Town, London, for an extra special version of the Videocrash AV night.

View one minute reel of the team in action