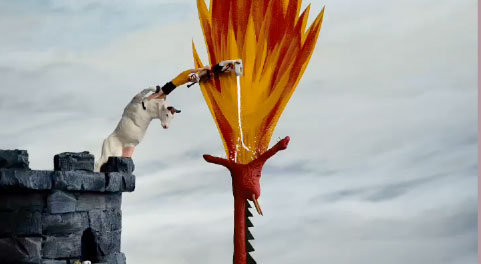 ‘Time Travellers’ sees our heroes, the cyclist, pirate and cow, get transported back to the past after their kitchen fridge is zapped by lightning, fusing the clock and fridge together to create cinema’s first time-travelling refrigerator. 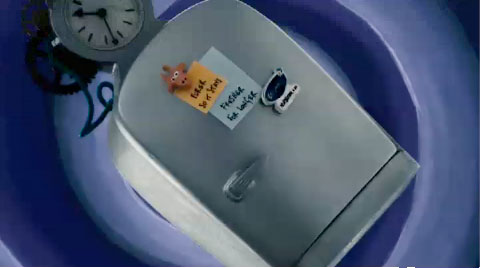 Directed again by Stéphane Aubier and Vincent Patar at Pic Pic André Studio, the production is the longest and perhaps most ambitious film in the series to date. Working closely with W+K London creatives Freddie Powell, Holly Fisher, and creative director Sam Heath, the first task was to narrow down all of the possible scenarios. These included a instructive visit to Cleopatra’s palace and a timely interjection between St George and the dragon. 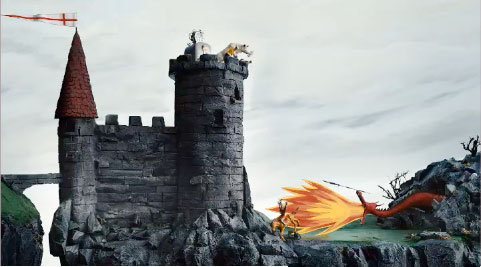 After a lengthy script writing and animatic period, where various scenarios were balanced and played out against each other, the art department had to work at double speed to prepare the miniature sets in time for a seven day stop-frame shoot in Pic Pic’s native Brussels. 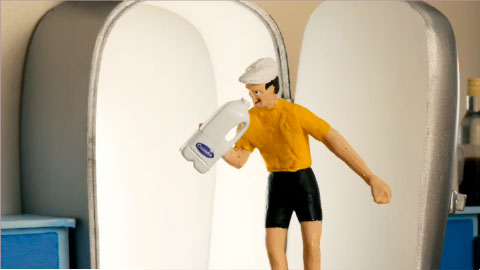 Shooting needed to take place simultaneously across multiple stages to fit in the available time frame. The Not To Scale team worked closely with their French and Belgian production partners at Yellow House, while W+K London’s television department were on hand to ensure any unforeseen creative suggestions were quickly assimilated and incorporated into the shooting process. 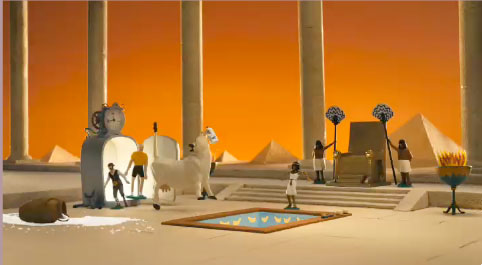 With each frame being shot one frame at a time, forgetting to move one simple background detail could result in whole scenes being re-shot. The CG milk was created using Real Flow, then composited back into the picture at Not To Scale’s London studio. Editing and audio recording took place in Brussels before the final edit was graded at the Mill. 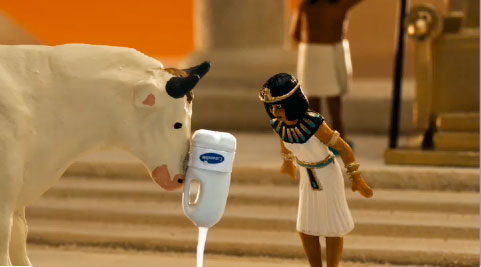 The resulting film is 40 seconds of madcap mischief and milk mayhem, providing a film as refreshing as a cold glass of Cravendale in a hot Egyptian desert.

View other work by Not To Scale on Fired By Design