Animation and design studio Plastic Milk has created a CG film to highlight Vidaza, a new drug in the fight against MDS, a blood disorder which leads to leukemia. 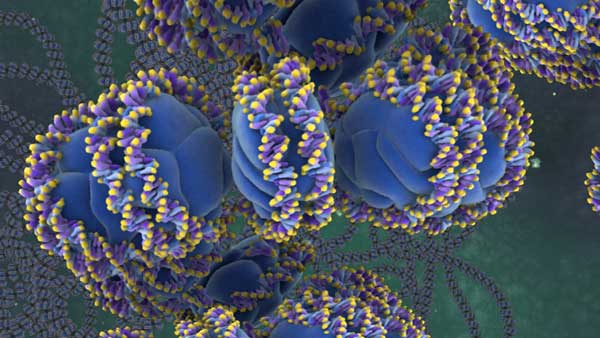 To be used in the training of healthcare professionals, as well as being screened at exhibitions internationally, the Vidaza film was commissioned by MedSci for international pharmaceutical company Celgene.

Plastic Milk was brought on board to help communicate this advance in the fight against MDS, through the recreation of cells and strands of DNA within a 3D environment of the body. 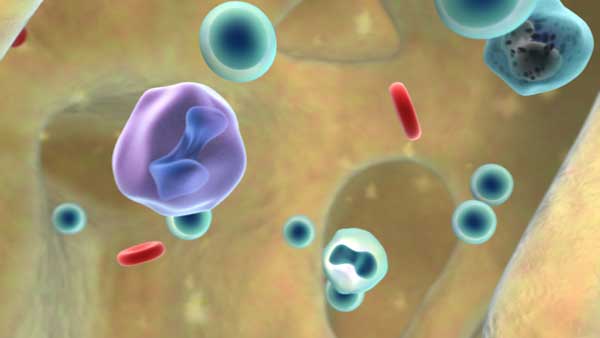 Vidaza works by combining with the DNA of blood stem cells ensuring that they mature normally. The animated film begins by looking at cells in bone marrow, then goes inside the cell and right down to the interaction of individual molecules in a strand of DNA. 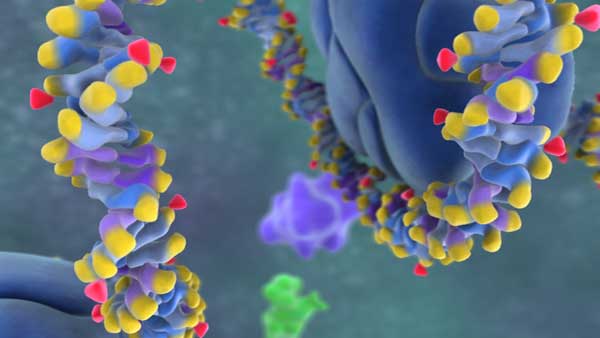 Created using Lightwave 3D, the animated DNA was rigged with virtual bones so it could be wound and unwound. The G2 plugin proved useful in creating velvety textures. Head of animation Duncan Raitt used a lighting ball to establish a radiosity-like lighting setup, giving very soft shadows without the rendering load associated with using actual radiosity. The particle system was combined with hypervoxels to add translucent floating debris, which gave the impression of being inside a fluid medium. 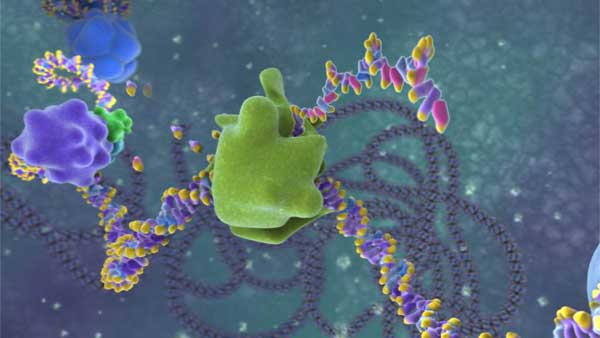 Plastic Milk worked closely with MedSci and its medical experts to ensure scientific accuracy while creating a visually stimulating animation that is engaging to a wide range of audiences. As well as appealing to specialists on blood disorders, the Vidaza film is also accessible enough for a broader scientific audience.