Stereo 3D technology will introduce a new way of looking at the British royal family, as well as Frankenstein and Hannah Montana, in a multi-strand project for Channel 4 to be shown this month. 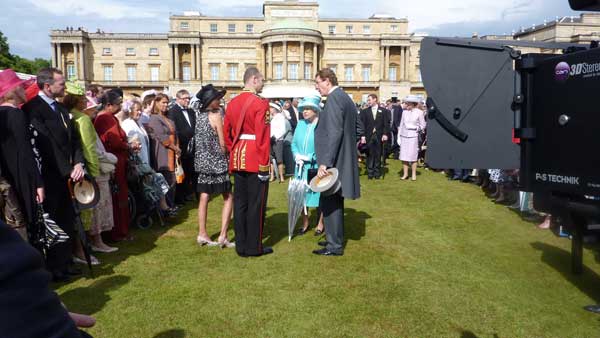 The Queen speaking with guests in front of Can Communicate’s Stereo3D rig.

Two of the documentaries go under the banner ‘The Queen in 3D’ and feature footage shot in the last couple of months as well as rare Stereo3D footage from ‘Royal Review’, which was shot on film in 1953 at the Coronation. The latter is being aired in public for the first time, having languished deep in the BFI archive for the last 50 years. Both films are co-productions with Renegade Pictures. All the Stereo3D correction and grading is being carried out on Can Communicate’s Quantel Pablo colour correction and finishing system. 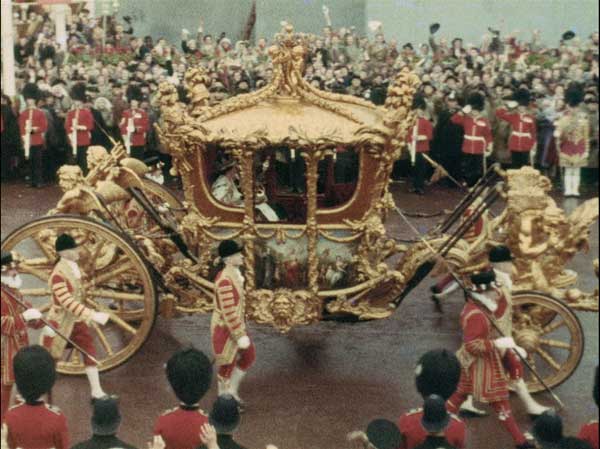 Channel Four will broadcast the programs throughout the week of 16th November. It will utilise ColorCode display and viewing technology, a development of anaglyph which gives superior results and also allows viewers without glasses to view the material in 2D without the ghosting usually associated with anaglyph. Millions of pairs of ColorCode viewing glasses are being distributed through the Sainsbury’s supermarket chain.

The timescale for production is extremely tight, with Stereo3D online and correction work only begun on 19th October. However Can Communicate’s three Pablo stereographers are working round the clock, and are well on target to complete all the work in time. “The beauty of Quantel is that if you shoot it right you can do it in realtime in post,” says Can Communicate partner, David Wooster. 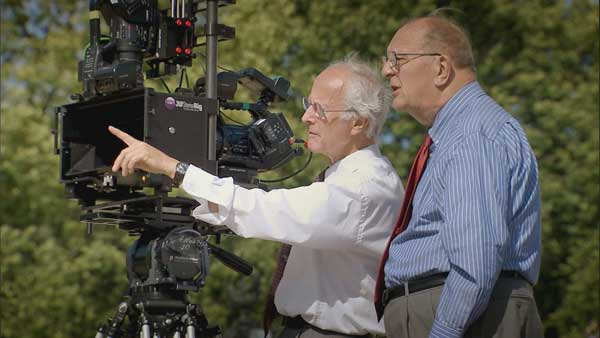 Arthur Wooster and Bob Angel, who made the original Stereo3D film of the Queen’s Coronation in 1953, with Can Communicate’s 2009 Stereo3D camera rig.

The documentary using the 1953 stereo3D material of the Queen is the centrepiece of the week’s broadcasting, and the trigger that persuaded Channel 4 to undertake the whole venture. It was shot by Bob Angel and Arthur Wooster (father of David Wooster), who developed considerable expertise in Stereo3D production and put all those skills to use in producing their film. David Wooster went in search of the film at the BFI after his father told him about it in 2007.

“Very few people understand shooting or posting 3D,” adds David Wooster. “My father clearly did though, and the principles of good 3D remain the same today as they were in 1953 It’s all about being meticulous in the set-ups and not asking the audience to work too hard to watch the film, which means the choreography needs to be much slower paced in terms of edits than it might be in a 2D production.

“Great care also has to be taken over colour balance between the eyes,” Wooster continues, “and the Pablo has great tools to help with this in the hands of an experienced 3D grader. In fact good grading can considerably enhance the 3D experience by helping to add depth to the image. If they’d had a Quantel Pablo in 1953, they would have produced a perfect Stereo3D result!”

This project also represents the first use of eMotion Engines’ Pure+ restoration application integrated into Quantel’s Pablo to eliminate the dust, sparkle and flicker from the footage. The result of all the work, according to Wooster, is a brilliant Stereo3D experience that he likens to “looking at living history through a window”. 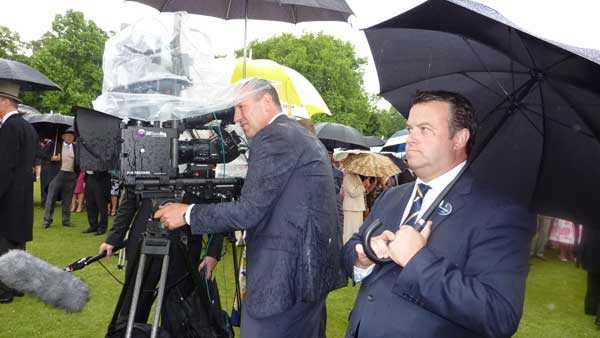 Can Communicate’s Duncan Humphreys getting wet at Buckingham Palace shooting ‘The Queen in 3D’.

The second ‘Queen in 3D’ documentary follows the Queen in present times. This includes considerable Stereo3D footage shot by Can Communicate in the grounds of Buckingham Palace and at other Royal events.

The third original Stereo3D program is a magic show hosted by Derren Brown, while the final one comprises a compilation of clips from a number of Stereo3D movies old and new, much of which required considerable correction. Both of these were produced in association with Objective Productions.

The three movies that complete the week were also processed through Pablo at Can Communicate and include the Hannah Montana concert tour movie from 2008 and two 1970s 3D films, Flesh for Frankenstein and Friday the 13th Part 3. The latter films required considerable 3D correction in Pablo to fix 3D problems that simply couldn’t be corrected at the time they were made.

“Pulling this off in the timeframe is an absolute miracle!’ said Wooster. “We couldn’t have done it without our very dedicated, creative staff and also the Quantel Pablo.”

Find out more about Can Communicate