William Gibson’s 1993 novel Virtual Light included a depiction of a shanty town clinging to the disused spans of the San Francisco-Oakland Bay Bridge. Now Bay Area architect Ronald Rael has used modo to envision a landmark public space on a span of the bridge slated for demolition. 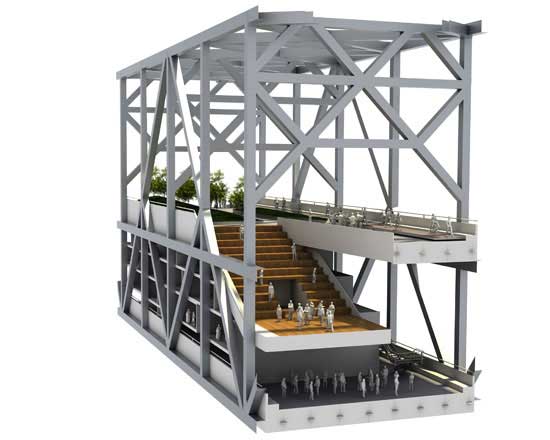 A massive engineering project is currently underway to replace the eastern portion of the 73-year-old structure. However Rael, an Assistant Professor of Architecture at UC Berkeley and a partner in Rael San Fratello Architects, proposes converting the disused portion into a public space with parks, houses and sporting facilities.

Rael used modo to develop a 3D model of the innovative concept he calls The Bay Line, which he believes would become a San Francisco landmark. It would encompass housing units hung from the bottom span of the bridge and a trail that links public spaces along the top level. 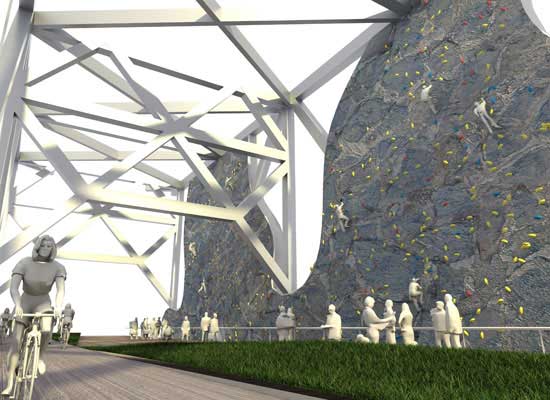 A staunch advocate of repurposing old urban infrastructure, Rael once lived in a New York City apartment that overlooked The High Line Park. This is an old elevated railway that is currently being converted into a public park and is thus one of the main inspirations for his Bay Bridge design.

“These structures are part of our collective culture, and creative minds can re-envision them using tools like modo,” he says. “If a linear park was created on the Bay Bridge, people would come from all over the world to see it. At the least, I hope this proposal helps to gets people thinking about reusing existing structures instead of simply tearing them down.” 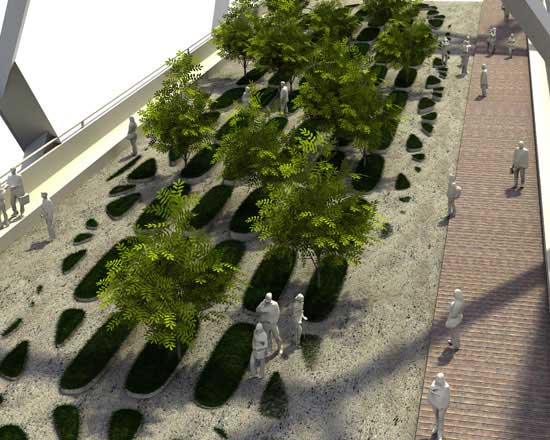 “I believe modo has profound implications for architecture, even though it is not necessarily an architectural software. It opens up wonderful creative opportunities by bringing both freedom and efficiency to this kind of visualization.”

“I think the language of my work has actually changed through the lens of modo,” he adds. “If you use a parallel bar, you would design a certain way, because you’re limited by the linear orientation. But using modo, I actually feel as though I’m using the part of my brain that allows me to be more creative and makes the experience more enjoyable.” 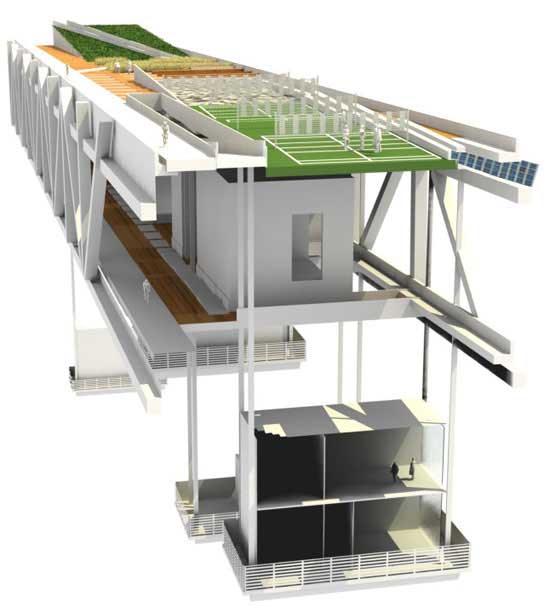 Rael also uses the software in several other high-profile architectural projects, including a UCLA-sponsored project called WPA 2.0 that examines new approaches to public infrastructure. Rael is proposing the use of solar panels or water treatment facilities instead of fences along the U.S.-Mexican border, providing useful functions while preserving border security. He relied heavily upon modo’s replicator feature for the creation of hundreds of photo-realistic solar panels and waterways. 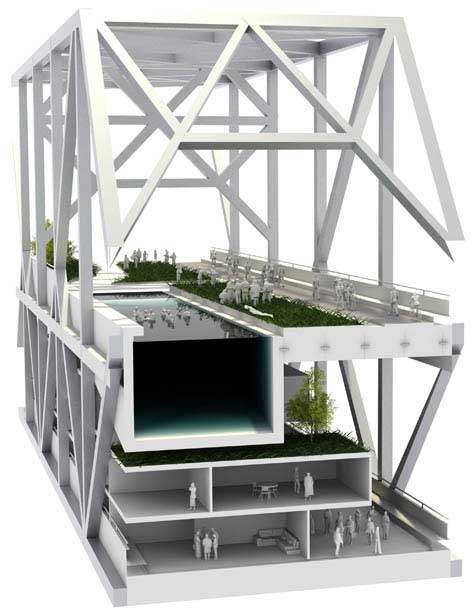