Stereoscopic film – 3D – is easy, right? Wrong. It’s actually fraught with difficulties from the filmmakers’ point of view. Furthermore, because of the way it’s shot, ‘fixing it in post’ makes correcting mistakes in stereo 3D equally troublesome. Recently relaunched post-production and visual effects services network Prime Focus Group believes it can simplify the process. As its worldwide rebrand party took place in late September 2009, amidst world-class Indian dance performances and delicate champagne sipping, Michael Fink, CEO Prime Focus VFX, was on hand to reveal all about View-D – a solution hatched by his team to answer a simple question: how do you turn 2D footage into 3D film without breaking the bank? Simply put, View-D converts any 2D or mono moving image into 3D film, regardless of the source. View-D, says Fink, is the handiwork of Prime Focus VFX president and senior visual effects supervisor Chris Bond, who when considering the conundrum “did a little of this and I got that.” Interest piqued, Graeme Aymer interviewed Michael Fink for Fired By Design to find out whether View-D was the real deal or simply colorization for a new generation.

Fired By Design: How much industry interest is there in View-D?

MICHAEL FINK: Major flatscreen manufacturers are coming out with 3D television sets, where you’ll be able to wear 3D-capable glasses and watch a stereo image on your TV, and they’re also stereo Blu-Ray DVDs. So the studios are very interested in this. Also, the DVD business has tapered off a lot. It’s not clear whether it’s BitTorrent or that people have become aware that they don’t need bookshelves full of these movies. This is a way to offer something to people that’s special. There’s quite a bit of interest from the studios, for very specific titles.

Fired By Design: Isn’t this just a case of colorization revisited?

MICHAEL FINK:The colorization thing is that [studios] were going to colorize their entire black and white libraries. All of a sudden they’d have all this new stuff. Well, nobody wanted to see these movies in colour. They really didn’t. There was no audience for them, and they really didn’t look very good. It was totally arbitrary: it had nothing to do with the lighting – the lighting was all in the grey tones, just as it is now, and videotape wasn’t very good. So, it didn’t work.

Fired By Design: Will people really want see classics like Rear Window in 3D, though?

MICHAEL FINK:Well, it’s funny, because that’s Hitchcock. Hitchcock did Dial M For Murder in 3D. And now it’s possible to actually release it as it was originally shot. The potential there is to bring a lot of [stereoscopically filmed] material to video, which right now isn’t really possible. So they’re looking at it not just for existing library titles but also for future library titles.

There are a couple of things about shooting in 3D. Shooting in 3D these days demands that you shoot digitally, so cinematographers and directors who want to shoot on film: they’re out of luck. They’re not going to make 3D movies. But with our process, they can.

People think that once they’ve recorded the 3D movie, then post just goes like it would on any movie. It doesn’t, because the two lenses are never absolutely perfectly aligned. There’s always something. One eye can be a little soft, perhaps the focus didn’t quite settle in the right spot. One picks up a lens flare but the other doesn’t. A shot that would kill you on a 3D movie is if I wanted to dolly past [a cinema] chair [up close, revealing] the screen [in the distance]. You can’t do that in stereo at this point because one lens is going to see the chair and the other is going to see the screen. It’s a classic shot in movies. You see it in every Indiana Jones, every Bond movie, where you start looking at something that’s really close and you dolly to reveal something: a reveal shot. They’re one of the best storytelling tools. Doing reveal shots for stereo movies is hard. View-D doesn’t care.

Fired By Design: In that case, how does View-D work?

Fired By Design: How much can you say about how it works technically?

MICHAEL FINK:Very little. We have applied for a patent because it is truly unique. The business is being looked at by lots of people trying to figure out how to do this. The current technique for making a 3D movie out of a 2D movie is extraordinarily labour-intensive and slow and fraught with artefacts. We have managed to avoid the pitfalls of normal conversion. 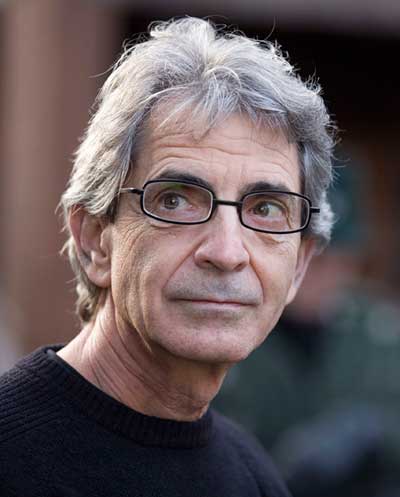 Fired By Design: How would conversion normally be carried out?

MICHAEL FINK:People are rotoscoped out of a scene, and then new parts of the background are built to be seen by the other eye. The person is put back into the scene, but all their edges are rotoscoped edges, so that makes them look flatter. To fix that, they build a 3D model of the person, and then they match-move the 3D model to his motion. Then in the computer they project his photographed image onto the model. That gives a little shape in 3D and creates a proper 3D guy. That’s really labour intensive and it’s not always all that effective.

Fired By Design: But you’re able to get around that…

MICHAEL FINK:We have some alchemists in Winnipeg. It’s amazing. It snows and it’s very cold, so six months a year. They don’t go anywhere. They just write code! Also, we have the great good fortune of being founded by Chris Bond who’s brilliant and Chris came up with this idea, and the basic idea and he worked out the basics of it in about half an hour.

Fired By Design: When did the idea first occur?

MICHAEL FINK:It was last spring [2008] almost. We had a meeting with one of the studios and they said, we have two minutes of video and we want you to convert it to 3D. They were interested in library titles for the most part, initially. They told us we want it cost-effective, we want it fast, all that kind of stuff. We went away and we were completely dead. Our first estimate of what it was going to cost us to convert these two minutes of footage was about two million dollars, because we had to do a lot of research. I said, we’re not spending two million dollars! They would never pay two million dollars!

It was just huge. People were throwing all kinds of ideas at it. Chris went away and said, I was thinking so I did a little of this and I got that. What do you think? I said let’s test it. We did and in no time flat we had the scenes. But it wasn’t a product yet. Now we’re building a team to do this, to build it as a real service.

Fired By Design: So it will be a service, rather than a discrete package.

MICHAEL FINK:We’re not going to sell the software, at least not initially.

Fired By Design: What sorts of markets are you looking at?

MICHAEL FINK:We’re working on this software to make it so procedural that you feed a 2D movie in one end and you get a 3D movie out the other. For feature films that won’t work, because there are going to be custom things you’re going to want to do. But for TV where the price competition is huge, or the web where you really have to keep prices down, it could be proceduralised to the point that it’s on a chip.

Fired By Design: What are the chances of a format war breaking out as 3D takes off in the home, for example with anaglyph (coloured) vs polarised glasses?

MICHAEL FINK: It’s all going towards polarised glasses and passive systems. You can use active glasses where it either works with an infrared link or a wire, that essentially is an LCD shutter. It’s not polarised. The glasses literally go black on alternate frames. It’s so fast you don’t see it. But it’s turning on and off. Those are great. They’re the brightest image and there are some good things about that. But you’re either tethered, or they’re clunky because you have to put batteries in, and if the batteries die in the middle of a movie, you’re really unhappy. The only advantage is that you don’t lose some of the light like you do with polarised glasses. With TV, you don’t have to worry about brightness. TVs are too bright anyway. You go into a store and they’ve always got them cranked up, and they deliver them to you that way. The film guys are figuring it out pretty quick. You’ve seen these movies. They look pretty good.