Prime Focus, one of the world’s largest visual entertainment services groups, has merged facilities in the UK, USA and India into a single global company and announced a new 2D to 3D conversion process. 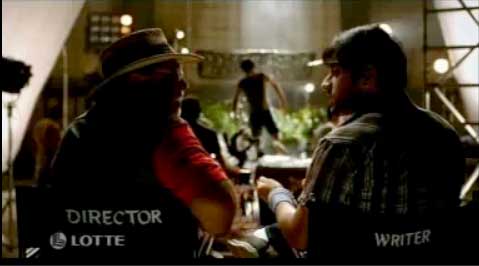 The company’s global facilities – Prime Focus London, blue and Machine (UK), Post Logic and Frantic Films VFX (USA) and Prime Focus Group in India -will become a single global company under a new Prime Focus brand, with over 1200 people employed worldwide.  The announcement will be made today at a series of special launch events in London, Los Angeles and Mumbai.

To coincide with the rebrand Prime Focus is announcing View-D – a proprietary 2D-to-3D conversion process that allows filmmakers to efficiently create stereoscopic 3D movies from source material shot on virtually any medium.

Prime Focus will also be announcing CLEAR – its proprietary web-based media asset management service, which manages the entire lifecycle of content from production to distribution, and offers a secure, fast and reliable digital delivery platform. This also enables the Prime Focus ‘global digital pipeline’ by seamlessly interconnecting the 15 Prime Focus offices around the world.

“This rebrand represents the coming together of all our companies around the world,” said Namit Malhotra, founder and ceo, Prime Focus. “With this, and the launch of our exciting new products, our goal is to communicate our ability to provide entertainment producers with a Hollywood-calibre experience, whether they’re working with a Prime Focus facility in Mumbai, LA, London or New York City.”