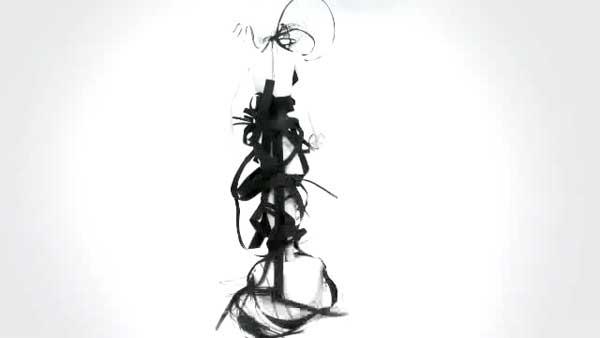 Typhoon CP pitched the idea for a film that could be used by Boudicca across all platforms – as an installation piece, viral email, website home page and so on. The film constructs a ‘dress’ around a revolving bare mannequin, growing and evolving out of nothing, with folds, strands, creepers and swirls enhanced by CGI.  The final piece of animation turns the screen black allowing for the Boudicca Platform 13 and magpies logos to emerge in white over the black frame.

“Coming from an in-camera background I wanted to try and actually animate the construction,” explained director Ben Bannister. “The obvious way to do this was to shoot it in reverse. We constructed the dress around the mannequin and then literally cut it back until we finally arrived back at the start – the bare naked mannequin.” 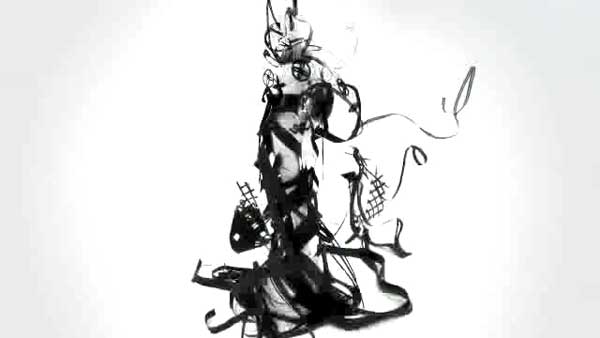 The film was shot at 25p on a Sony F23 and used a motion control system called the Revolver, which works with conventional circular dolly track. Two Canon 5D Mk2 cameras were also mounted on the rig.  “We constructed a 21’ diameter circle of track round the mannequin and keyframed a perfect move, from an opening static hold, with a gentle acceleration,” continues Bannister. “We paced moves around the construction, decelerating to a longer hold at the end, allowing us to include a final piece of animation that turns the screen black [in preparation] for the Boudicca Platform 13 logo and the magpies to emerge in white over the black frame. As this final animation occurred while the camera was static the focus pulled forward, throwing the mannequin slightly out of focus.”

Bannister says using a motion control rig meant that the production team could move the camera and shoot multi-pass (each roughly of a 2 minute duration). “It also means that rather than shoot conventional stop frame animation, each pass could be shot live action, allowing us to control the animation transition in the edit rather than locking it to camera.”

“In the edit it also allowed us to include speed dynamics and easily lengthen and shorten the duration of the film, to accommodate the various media platforms which Boudicca hope to use the film for – clearly an installation piece can run a great deal longer than the home page of a website.” 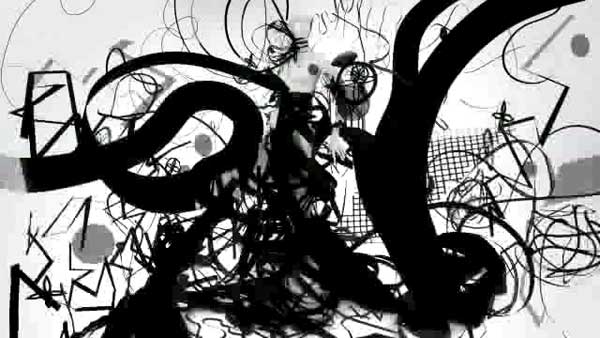 Using a motion control rig also meant Typhoon could shoot a pass at the start, (for the full mannequin construction) and the end, (the bare mannequin) and place markers to help the post production 3D artists create the same space. “The physical measurements were straightforward – floor plan, mannequin centered to circle, fixed lens, focus shift etc.” says Bannister. “These were included with the motion control move data which was exported from the rig.”

The plan to cut back the construction was fraught with difficulties. “The creepers, vines, shapes and structures that wrap around the mannequin had to be rigid enough, so that when we cut them back they did not move and therefore shake and vibrate between each pass,” recalls the director.  The set offered its own challenges, with the art department regularly clambering all over it as they cut back the construction.

Once filming was completed, all of the various passes were composited together at UNIT using Nuke. Time was taken to embellish the final product, with particular focus on the pace and feel of the dress creation. UNIT’s 3D department used Maya and PF Track to create an animated end sequence, which was then seamlessly integrated and developed into a final loop. Mannequin seams, set edges and rigging were then removed and finally an overall colour grade applied. 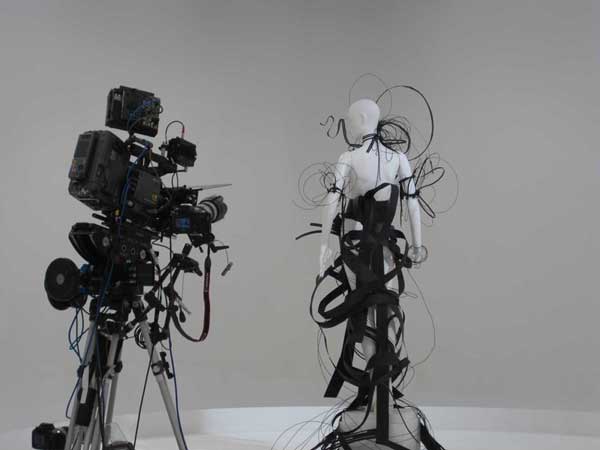 Using a motion control rig enabled each pass to be shot in live action which allowed control of the animation transition in edit and the speed dynamics and duration of the film could be lengthened and shortened, to accommodate the various media platforms Boudicca hopes to use the film for.