Golden Square’s animation sequence synchs with the band’s live drum performance on the tour which starts in Newcastle on 24th September 2009.

The animation takes the form of a short film in which the central character – a futuristic being called Taiko – is unceremoniously plunged into a surreal desert world where he encounters The Jailer, a daunting drum-playing creature flanked by two Victorian cabinets which are in fact speakers. Taiko presents a magical sheet of music and a diamond, causing The Jailer to come to life. The Jailer sucks up the diamond as drums rise from the ground, and the 3D animation synchs with The Sancho Plan’s live drum performance.

In order to achieve this live-synching, Golden Square created a set of animation loops to cover as many different drum hit combinations as possible. Its interactive nature meant the animation loops had to be cut very quickly, with enough loops to create a smooth, glitch free animation flow for the live performance. The on stage drums ‘talk’ to the animation loops via MIDI through Flash which triggers each loop according to the type of drum hit. In addition to The Jailer mimicking the live drumming, each hit triggers psychedelic visuals within the animation like polygraphs and lighting. 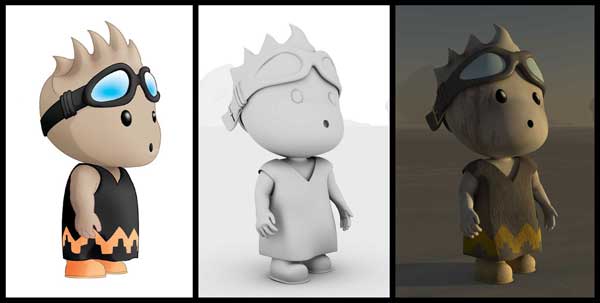 The project is further complicated by the fact that the interactive segment had to be seen from five different camera angles to achieve a 3D feel – which required a huge amount of rendering. Game engine software was first considered as the most efficient way of producing the interactive animation, but it would not have been able to create the visual sophistication required for such an artistic project. So Maya was used instead to generate a beautifully rendered look. 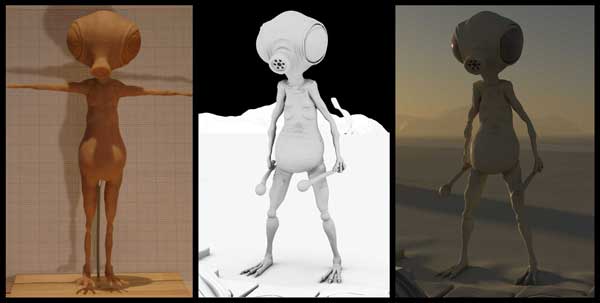 See more about The Sancho Plan