Aardman’s Stefan Marjoram has directed a series of spots for Nestlè Cheerios, featuring a light-fingered family of CGI characters intent on stealing breakfast 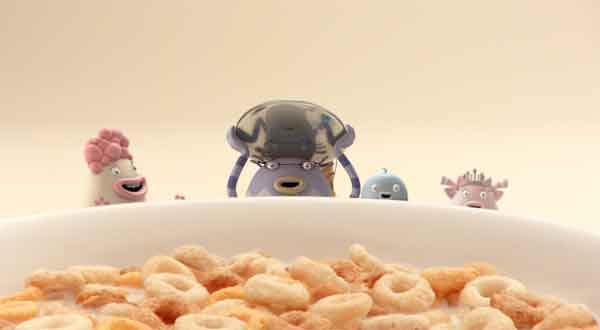 The studio’s work on the BBC Three ‘Blobs’ idents inspired creatives at Nestlés agency McCann Erickson to approach Ardmaan to create a family of characters specifically for Cheerios. 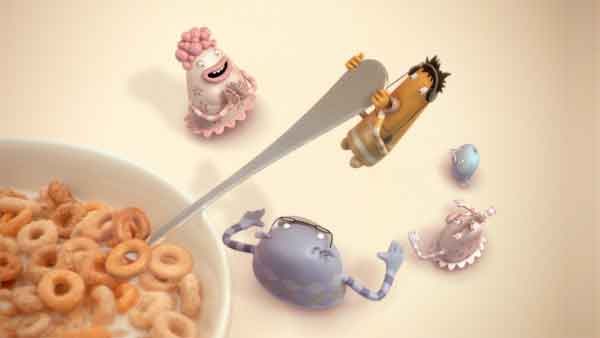 After a long design process of sketches and plasticine sculptures,  the concept was developed into a family of CGI creatures which have the look of vinyl toys about them. About the height of a cereal bowl, their one goal is to get their little hands on as many Cheerios as possible. 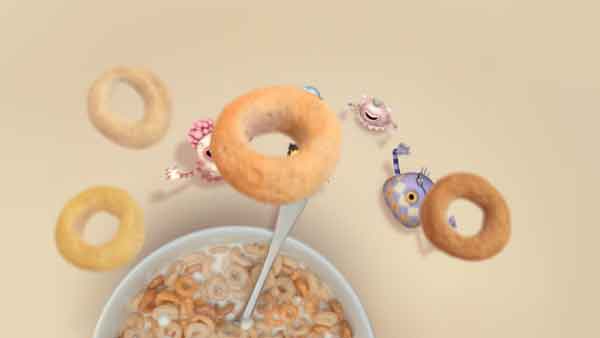 The first 30-second spot follows the family as they try to empty the breakfast bowl in the pack shot. In the later 10-second spots they resort to wheeling the goodies off in a shopping trolley and sawing their way into the pack. 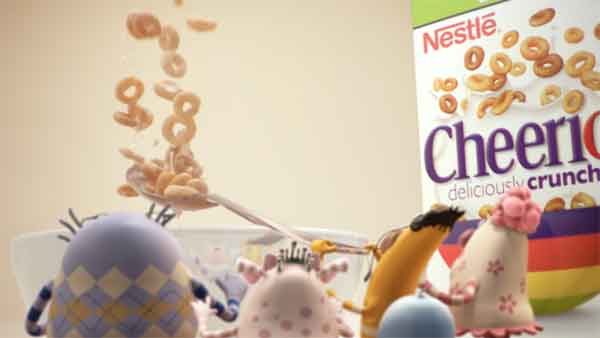 The characters were built and animated in Maya and composited using After Effects and Fusion. Live action elements were shot digitally using a Phantom high-speed camera. 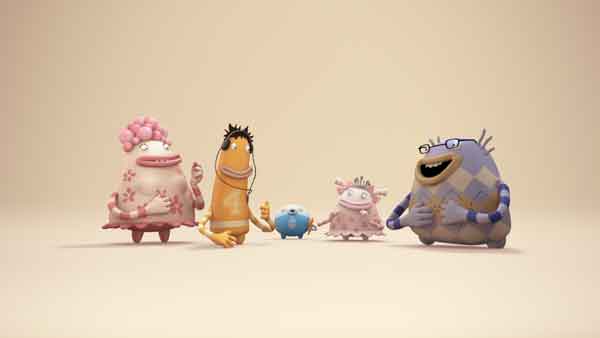 “The sound sessions were bizarre as we had to ask the artists to give us the word “oh” with intrigue, pleasure, shock, surprise and so on,” said Marjoram. “It was an interesting challenge and one that will hopefully make the ad stand out.” 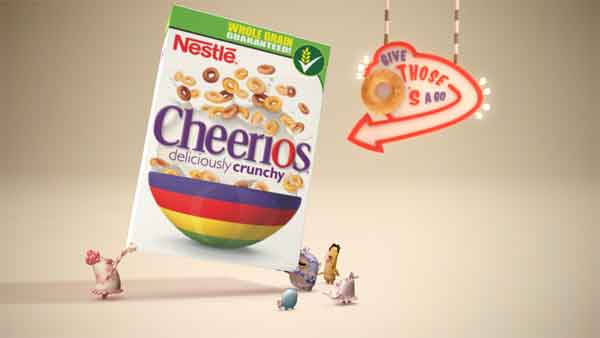