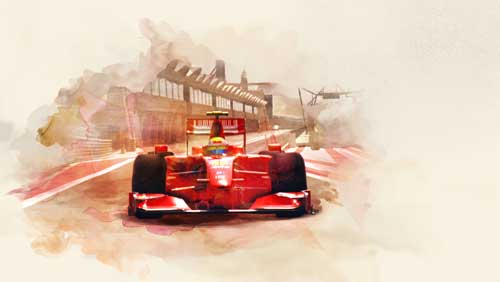 JWT’s creative team, which consists of global creative director Jaspar Shelbourne, art directors Andy Huntindon and Martin Smith, head of broadcast Dean Baker and assistant producer Jack Bayley, devised the campaign, named “Get the most out of every drop.” To date, Stardust has delivered five “Fuel Economy” and six “Performance” versions of each commercial, all of which were directed by Stardust’s New York-based creative director Alan Bibby. 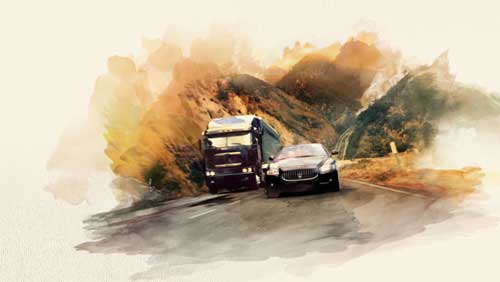 Following the agency’s vision, each campaign spot begins by showing a drop of fuel falling onto a piece of paper to colourfully reveal live-action vignettes conveying consumers’ everyday journeys. The director revealed that the client and agency wanted the vignettes to look as though they were created by fluids, while also wanting viewers to see and feel the real emotions of the actors in typical consumer situations.

“We experimented with 2D and 3D CG solutions, particles and CGI cloth,” said Bibby.  “The goal of keeping the feeling real and organic led us to shoot real footage on location and combine it with footage of ink spreading across paper.”

“To give us everything we needed to fulfill our objectives, while we were shooting the live-action vignettes on numerous locations in and around LA, we did an elements shoot in NYC to create the flowing ink that we used to create and colour the footage, and seamlessly transition from one scene to the next.” 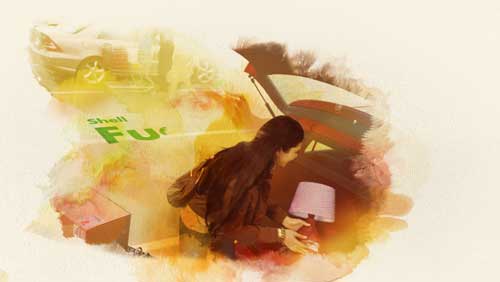 “Even though we knew we were going to treat the footage heavily, the client really wanted the reality of the real world to come through,” said Bibby.  “As a result, we needed a wide variety of shots to tell the story, all related to the driving experience and the different situations drivers find themselves in.  To capture that footage, we used a process trailer to get interiors of our talent driving through the city, cranes to get overhead shots, and helicopters to get sweeping vistas.  Also, a Pursuit Systems rig using a Porsche Cayenne Turbo, which had a 15-foot techno on its roof, was very helpful in capturing our car-to-car footage.” 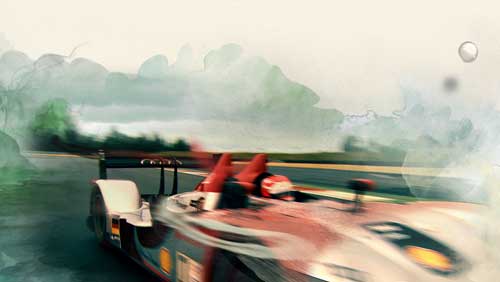 Artists in Stardust’s NYC studio then tracked the selected live-action footage in 3D software, and rotoscoped out each element.  “From there, a master camera was created for blocking in After Effects, and each shot was composited with the ink elements acting both as texture and as mattes to reveal the footage,” Bibby added. 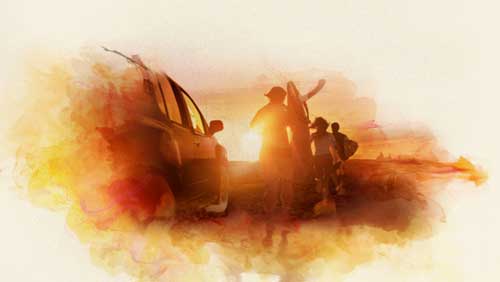 “This campaign has been a massive undertaking, both artistically and logistically, and collaborating with JWT London has been a great experience,” Bibby concluded.  “They’re talented and driven people who were really committed to pushing the creative.”

All spots feature music from Goldfrapp, and were mixed by Owen Griffiths of London’s Jungle Studios.