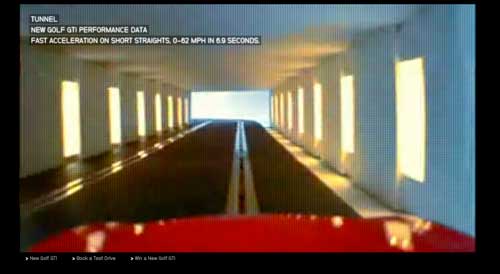 Designed to look like virtual access to a VW engineer’s lab, the site is based on an oversized model of a Scalextric track. Built inside a hangar, the model stretched over 25 ft by 30ft and included 200 scale buildings. Users are able to race a car along the track using their mouse or keyboard to control its speed. The car naturally crashes if bends are taken too fast.

Thanks to convincing imagery and interaction, the site has already fooled many users into thinking the site was relaying remote controlled footage, rather than solely relying on interactive programming. 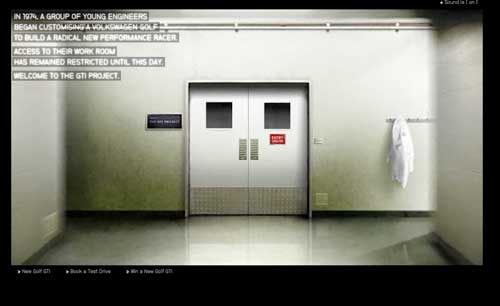 Rather than opting for 3D, the site was created entirely from video footage so as to keep away from the video game look that it was trying to parody. Also, gritty realism was required for interaction with the scientist character as he replaced the cars after the crashes.

The footage had to look seamless in order to convince users of its realism, but it was not possible to create a seamless loop due to the interactive nature of the project whereby users would create their own unique ride around the track. 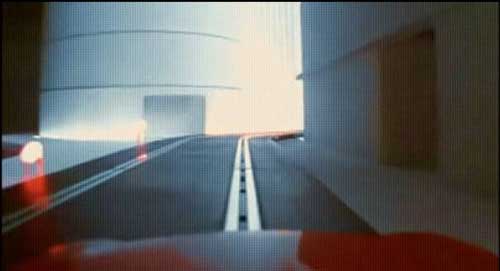 Disqo created all the required video assets, seamlessly connecting hero laps with crashes from two different cameras. All action was carried out at a slow pace to avoid motion blur. So these crash sequences had to be ‘puppetted’ using sticks to re-enact crashes at a slow and clean pace.

The site has already won the prestigious Favorite Web Awards site of the Month.