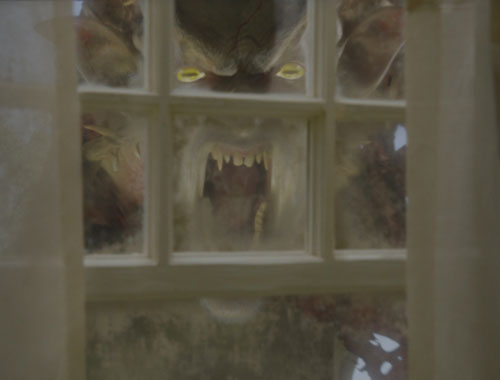 The film tells the story of a woman who is subject to a supernatural curse and features stunning visual effects sequences.

The facility handled some 35 shots in total. “The project called for a lot of character design and animation,” said David Kenneth, visual effects producer and founder of I.E. Effects. “We were honored with creating the CG monster for the film – the Lamia. Shots like these typically go to much larger facilities, but our previz was so well received that they awarded us the finishing work.”

According to Aaron Kaminar, I.E. Effects’ visual effects supervisor and lead artist on Drag me to Hell, the most challenging shots were the monster scenes, and the sequence in the heroine Christine’s bedroom.

“This is a horror movie, so the pacing of the story moves from long, slow sequences, which build suspense, to very fast, impactful moments,” explained Kaminar. “While you only see the monster for in brief flashes, those few frames are some of the film’s more memorable moments.”

The film’s visual effects supervisor Bruce Jones originally came to I.E. Effects with a basic design for the Lamia, and a low-res 3D model that had been used for previz. “The idea was that you’d never really get a clean view of the monster, but we still had to come up with the details, so that if fans went through the DVD frame by frame – which they will – the work will stand up,” said Kaminar.

“There were several VFX vendors that needed to use the Lamia model for various shots, so we became the contact point for the model and rig,” continued Kaminar. “After we finished building the model, we rigged it and packaged it with a little ‘how to’ manual, which we posted for the other vendors.”

For Kaminar, who previously worked as a compositor and digital effects artist on the Sam Raimi film, Spider-Man 2, much of the work on Drag Me to Hell involved wire and rig removal and set extensions. In one sequence, Christine (played by Alison Lohman) is being flung around the room by an invisible demon. In production, the top of the set was removed and Lohman was suspended by a cable.

“The camera movement was pretty sporadic, with a lot of motion blur,” Kaminar explained. “So we had to recreate a good portion of the room in 3D, including some difficult 3D tracking to match the camera movement, and do a lot of keying and compositing to put Alison back in, minus the cable rig.”

David Kenneth, who also worked for Sam Raimi on Spider-Man 2, said, “There were a lot of high-end visual effects, compositing and CG elements involved in Drag Me to Hell and we were thrilled to be a part of the project.”