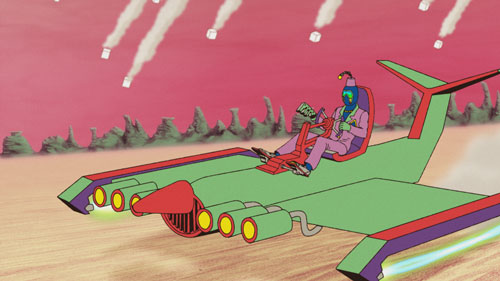 The promo, for forthcoming track release ‘The Parachute Endings’, is an animated sci-fi tale, which in places brings to mind the graphic art of Moebius and draws on influences such as the surreal animated feature ‘Planet Sauvage’

Scott and Sweeney had first teamed up in 2008 to make the opening intro for Channel 4’s music programme ‘The Green Room’. Sweeney had already illustrated a record sleeve for Birdy Nam Nam, which had a sci-fi theme and it felt correct to stay within this territory for the video. Brain storming sessions ensued and the band gave the creatives total trust and a completely open brief to do what they wished with the record. 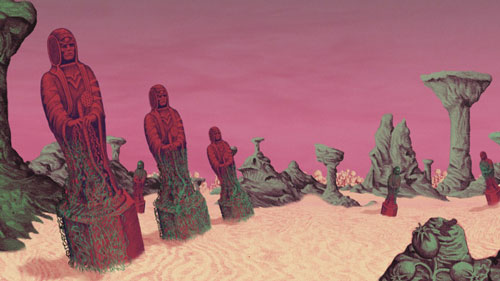 The synthesizers in the track lend a very retro filmic quality to the music and Sweeney shared with Scott some of the reference for his own inspiration and illustrations. With the look and feel decided on, and faced with such a high energy track, with minimal lyrics, it felt right to interpret the music like a lost soundtrack to a bizarre film or forgotten film sequence.

Animated promos are very labour-intensive and timings were tight, so the intention was to use Sweeney’s detailed drawings in a simple and understated way, almost as if shot on a rostrum camera with simple walk cycles and many illustrations as possible re-used.

This soon changed and the duo embarked on selling in an animatic that had 69 shots, requiring a lot of drawing and even more  animation and compositing to be completed in a insomnia inducing four week schedule. 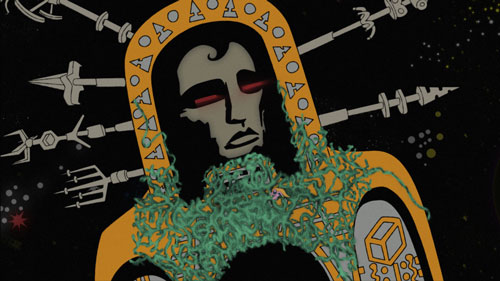 Completed wholly in Flash and After Effects the animation crew at Not To Scale had to painstakingly recreate Sweeney’s detailed style over hundreds of film frames to lend the video the authenticity and ‘wow’ factor that the treatment demanded.

“The sheer workload involved finishing over sixty shots, in a little over a month was a little frightening,” said Scott. “From storyboarding, to animatics and then of course animation and compositing,  with some shots containing over twenty separate elements or more, the task was daunting. Suffice to say a lot of hard work from an A-list crew ensured we got over the finish line shattered but ecstatic with the results. Thanks also to Will, the band and label for giving us such free reign and not adding to our task with unnecessary ‘tweaks’.” 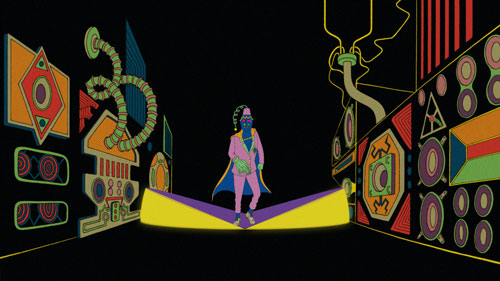 View the promo at Not To Scale