Nexus director Woof Wan-Bau has created a merry-go-round of parenting in a new spot for the VW Touran. 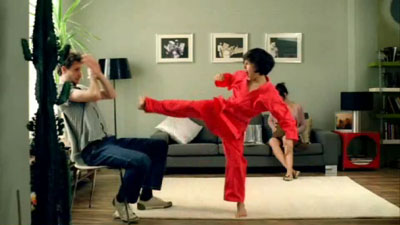 Through clever use of stop frame animation and live action, Woof Wan-Bau takes the viewer on one family’s journey from the moment of birth to troublesome teen.

Created in camera and using a dizzying series of rotational transitions, Woof Wan-Bau switches between camera angles to swing from the child’s perspective to the parent’s and back again.

Rather than move the camera, Woof Wan-Bau animated the movement of the backgrounds and positions of the child and parent to cleverly communicate the chaos of family life. 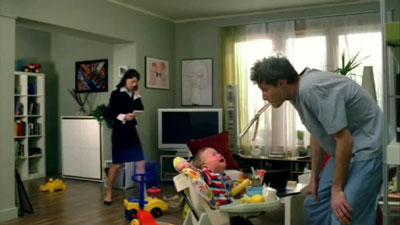 “Shooting a combination of stop-frame and live action with a gang of very young children in two days was a tall order,” said the director. “ But we somehow managed it and it turned out to be a lot of fun. Maybe it was the fact that we had to endure a lot of screaming that we all worked so fast!”