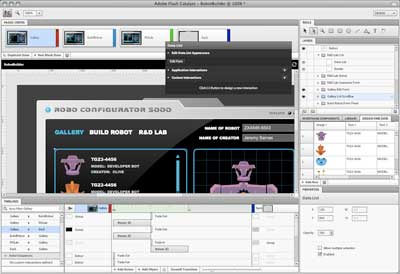 Highly integrated, so that designers can work more closely with developers, the tools are based on the new Flex 4 framework. This is an open source framework for building RIAs that will allow developers and designers to more easily collaborate on projects. 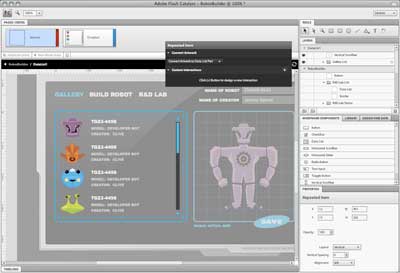 Traditional designers will be most interested in Flash Catalyst, which offers a graphical interface familiar  to users of Photoshop, Fireworks and Illustrator. The new workflow starts with a comp in a Creative Suite 4 (CS4) design tool, such as Photoshop, which a designer can import into Flash Catalyst with full fidelity. Once there the artwork can be converted to components, such as buttons, sliders and interface skins. The designer can define states, interaction and animation for the components and also make refinements to the graphical elements. The project file is passed on to the developer to add functionality and integrate with servers and services using Adobe Flash Builder. Round-trip editing with Creative Suite tools allows designers to edit structured pieces of the interaction design at any time, increasing productivity and keeping the design process moving. Additionally, using Adobe Flash Catalyst, designers can publish finished Flash file format (SWF) files for display in a Web browser.

By letting designers demonstrate and iterate on functional user interfaces of applications at an earlier stage, Flash Catalyst allows them to secure feedback sooner in the development process. 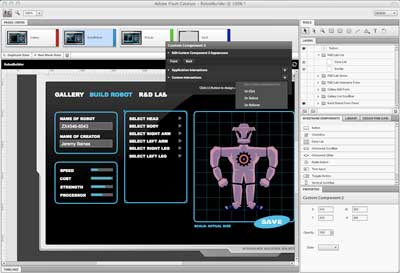 Niklas Richardson is Technical Director at Monochrome Ltd., a leading company in RIA development and user experience design. As an Adobe Solutions Partner, Monochrome has already had experience of using the latest Flash design tool.

“Flash Catalyst allows our developers to rapidly prototype user interfaces designed by our UX [user experience] team for demonstration to our clients,” said Richardson. “This allows our clients to see their UIs actually working within a very short period of time so they can give feedback early on in the project. As the UIs are interactive our clients can get a better idea of how they will feel much sooner than previously.”

The updated Flex 4 framework aids productivity and consistency, enabling developers to import functional UI created by designers using Adobe Flash Catalyst and completing the application logic while preserving the design and layout of the user experience 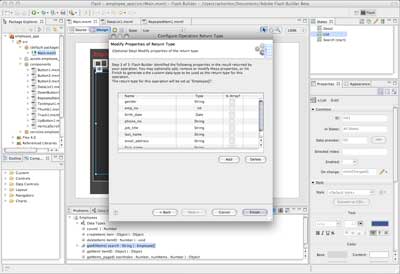 New data-centric development features allow developers to use a simple drag and drop approach to quickly bind methods to user interface components, such as interactive charts, graphs, and data grids. These features make it easier to integrate business data from databases and Web services across different organisations. As a result, companies can build user-centric applications for dashboards, e-commerce and self-service Web portals that streamline business processes for their employees, customers and partners.

“People are now expecting the same richness and ease of use in their workplace applications that they have in their daily Web experiences, but companies today are faced with strained development resources and less time to create intuitive applications,” said David Wadhwani, general manager and vice president of the Platform Business Unit at Adobe. “The new Adobe Flash Platform tools help solve this challenge by reducing time to market for generating compelling applications and content. Using Adobe Flash Builder and Flash Catalyst, developers and designers can now work together more productively to create rich experiences that employees, customers and partners expect.” 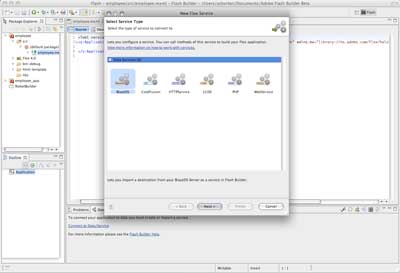 The public betas of all three products are available today for download on Adobe Labs.