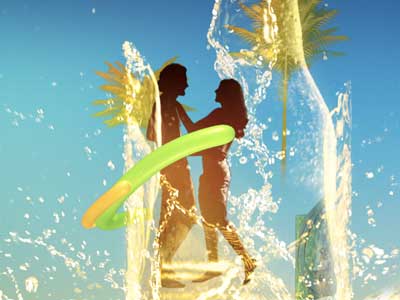 The spots feature a seamless blending of high-speed cinematography of Bud Light Lime pouring into a bottle, with many other live-action elements united by artful editing, compositing and CGI design.

Working with St. Clair, Roe, line producer Winston Smith, director of photography Jim Matlosz and other crew-members, Tucker spent two days shooting at LA’s Quixote Studios. The talent was shot against a green screen at 3k, using the Red One digital cinema camera.  “We shot at 48fps so we could have a slight slow-motion feeling, the green screen was lit on its own, and the talent was backlit to achieve the sunset feeling,” Tucker explained. 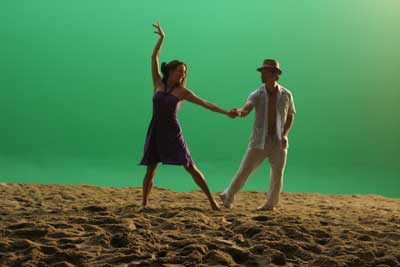 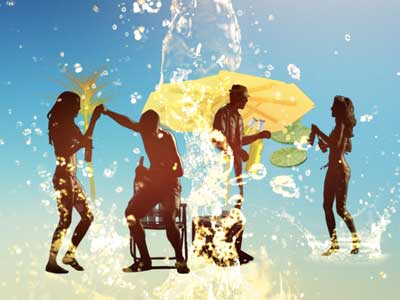 Tucker and Matlosz also used the Phantom HD high-speed digital camera to photograph the fluid against a medium grey background. “Many special rigs were used to capture the fluid in its one or two seconds of glory,” he continued.  “It was shot at 750fps at 2k.  We had to rig the bottle so we could capture fluid shooting up the sides and filling the bottle, and many splash elements that could all be composited together.”

Stardust editors Tony Hall and Michael Merkwan used Final Cut Pro to edit the spots together with the low-res reference files from the Red camera, while the company’s VFX artists started compositing the low-res proxies of the Phantom footage.  Rubber Monkey Software’s Monkey Extract was used to export TIFF sequences from the final RED EDL for seamless integration into Adobe After Effects. 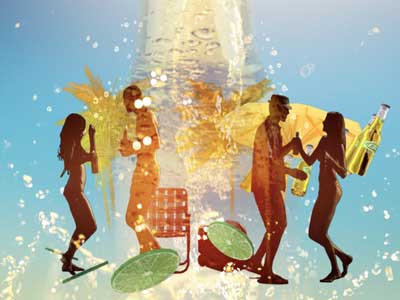 Stardust’s artists used Maya for each of the project’s 3D elements, with Maya Paint Effects used for making the trees. “The 3D cameras were transferred from Maya to After Effects to keep all the objects revolving around the bottle,” said Tucker.  “We used difference mattes to separate the fluids from the backgrounds, and lighting effects and particles played a big role in blending everything together.  In addition to marrying the green screen footage to our background plates of the sunset scenes, we also keyed and composited the green screen footage into the bottle.” 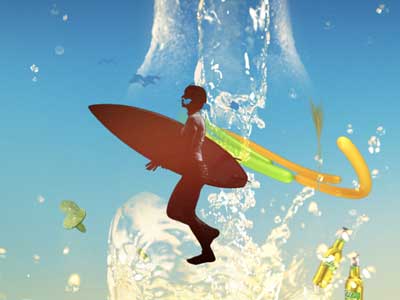 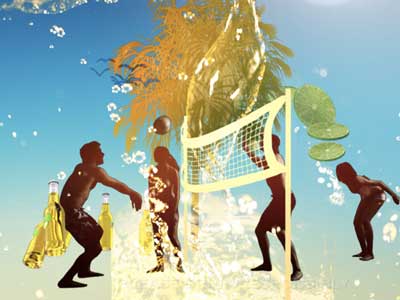 All spots feature the Santogold track Lights Out, with final mixes by Jimmy Hite of Margarita Mix and Dave Gerbosi of Another Country.