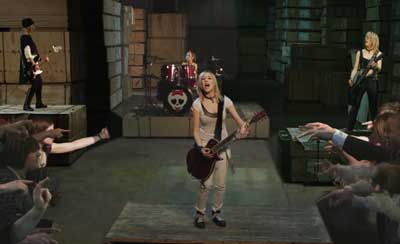 The video for U Suck, where the star is seen simultaneously singing and playing guitars, bass, and drums, made extensive use of green screen and was shot in 4K with the Red One camera.

On set, Harriot oversaw the use of green screen, lighting and other elements that would affect the process in post. ‘‘Thoroughly photographing the set and location is critical to digitally rebuilding parts of the scene behind the duplicated Kaits,” he said. 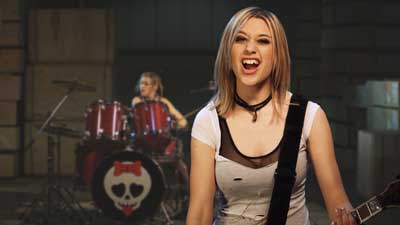 ‘‘A good VFX Supervisor will work toward reducing costs in post without compromising the creative impact,” continued Harriot. “My job is to also make sure that we capture exactly what is needed on the first go-around without the need to backtrack or ‘‘pick up’’ additional shots during another expensive day of shooting. As an example on this shoot, a simple two-minute fix on set – moving a c-stand and adding a bit of green screen – saved many hours and possibly thousands of dollars in post.’’

After the shoot, 2N2 and Marco edited the raw material using rough green keys in Final Cut. About half the video’s shots were handed over to Mechanism’s in-house effects team, which used Digital Fusion for tracking, seamless compositing and colour matching of several layers.

Upon screening the finished edit, MTV decided to include U Suck in the videogame, Rock Band, which will be available by mid-summer. 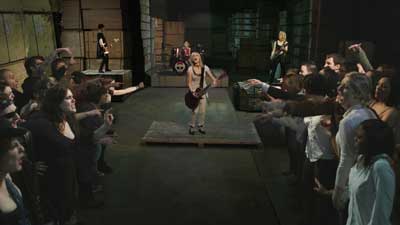