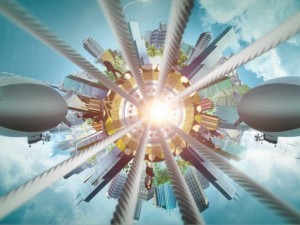 Stardust produced the project in collaboration with Kirameki, on behalf of McCann Erickson Japan and their clients at Tokyo’s Electric Power Development (J-POWER).

‘Global’ and ‘Environment’,  which began airing in April in Japan, are 30-second HD spots, directed by Stardust’s founder and creative director Jake Banks.

“The main focus of these spots was to show that J-POWER creates energy and makes everything possible for daily life,” Banks explained.  “One was an environmental spot, and the other was a global spot that speaks to the industries, businesses, infrastructures and everything that the company powers.” 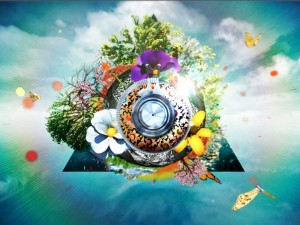 Although the original approach called for the use stock footage, Banks and the agency’s creatives, including creative director and copywriter Isamu Nakamura, and art directors Takehiko Araki and Kenichi Horie, ultimately agreed on the greater benefits of capturing original live-action footage for the project.
“We wanted to have more control over those elements to give the project a creative twist, and give it a more design feel, as opposed to it being photo-real,” explains Banks.

During one day of green screen shooting on a soundstage in Tokyo, Banks and director of photography Naoki Noda captured uncompressed HD footage of actors and various animals using the ARRIFLEX D-21 camera package. 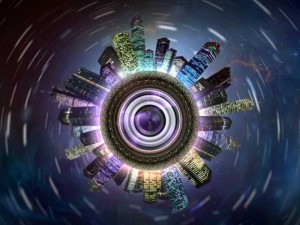 Artists at Stardust’s Santa Monica studio then used Autodesk Maya to create the natural habitats, the turbine and many other elements for both spots, Adobe Creative Suite was used for illustration and design and Adobe After Effects was used for visual effects and compositing.

Music for the spots was by Hifana, produced by Masayo Okino, while additional postproduction and mixing was carried out by Sony PCL and Omnibus. 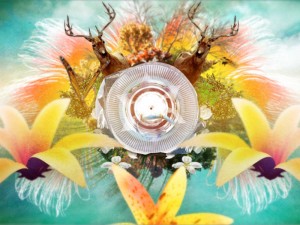 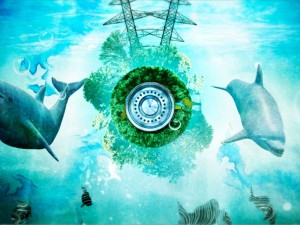 See the spots on Vimeo