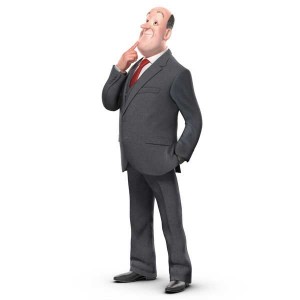 Framestore has delivered a full media campaign around a new 3D digital character of butler Jeeves, the brand icon for Ask.com.

Designer and Animator Dale Newton led the development of the new look, after Hanft Raboy Partners in New York approached Framestore in February of this year.
“The first four or so weeks were pure development,” says Newton, “During which time we sketched and modelled over and over to get the three dimensional Jeeves right.”

“The client gave us the original artwork, and it was our job to bring him up to 2009 and beyond,” continues Newton. “He’s energetic, warm, friendly, intelligent and sharp. At the same time, any of the older connotations his name and station might carry – aloofness, say, or poshness – were ruthlessly excluded. Part of this was entailed in his sartorial rethink, with a natty suit and tie from Gieves & Hawkes replacing the old morning coat he used to sport.”

With the look finalized, further depth could be added through movement. Working throughout in Maya, Newton’s team started with his walk. “He’s relaxed,” Newton explains. “He leans back a bit and has a spring in his step. His walk tells you that he’s at ease and can handle anything you throw at him without stress. It’s a lot to pack into a walk.”

A multimedia campaign has been launched to promote Jeeves’ return, including six 10-second TV spots, homepage takeovers on key websites, as well as print ads and associated events. 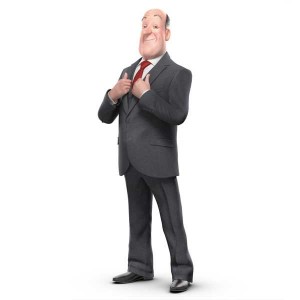 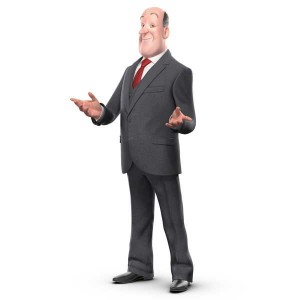