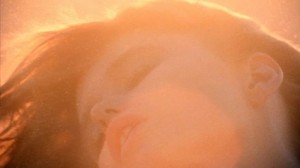 A co-production between RSA Films London and Filmmaster Italy, the spot also features music arranged and produced by Cunningham.

In the ad, a fragrance of a wildflower entrances model Abbey Lee, who becomes a  sensuous conduit for the fragrance. She whirls like a dervish, driving the scent throughout the surrounding field. The intensity increases and the music builds, until her dress bursts into a beautiful kaleidoscopic effect of fabric, light and petals.

Visual effects were provided by Golden Square, supervised by Rachel Stones, with Dave Child managing the 3D work and Mark Beardall and Harry Jarman as Flame artists. Adam Scott at The Mill was the Telecine operator

Golden Square has previous form with Cunningham, who Jarman says ‘provides a master class in new levels of perfectionism’.

“This one took us to new heights in terms of intricate compositing,” he adds. “Our approach was so detailed that we were working and analyzing on a frame-by-frame basis. The end result is incredibly satisfying for all of us.”
FACT: The soundtrack for the commercial features a reworking of the classic track “I Feel Love”.   Cunningham travelled to Nashville to rerecord the vocals with Donna Summer. 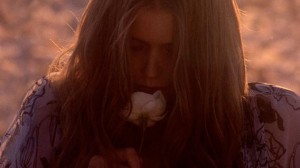 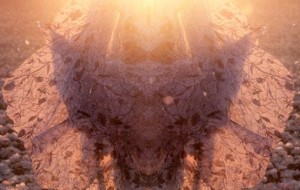